Thursday Ten on the Tenth

Fun in the sun is the inspiration at Time Out Challenges.  So I went  for something very out of character for me and produced this card. 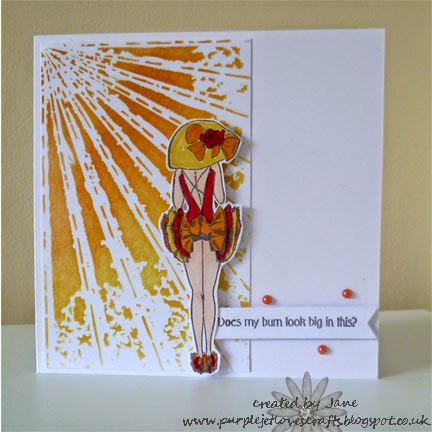 Not my usual sort of thing at all!  But I'm hoping you'll think it's fun!

I started out using the sunray stencil in shades of yellow and orange - pretty much the sort of thing I usually do - and blinged it up with Wink of Stella.


Then I remembered a set of stamps that were a freebie gift from a magazine - so long ago can't remember which one - and they seemed to fit the 'fun' element of the challenge.  Loving the sentiment and who hasn't asked this question at some point? 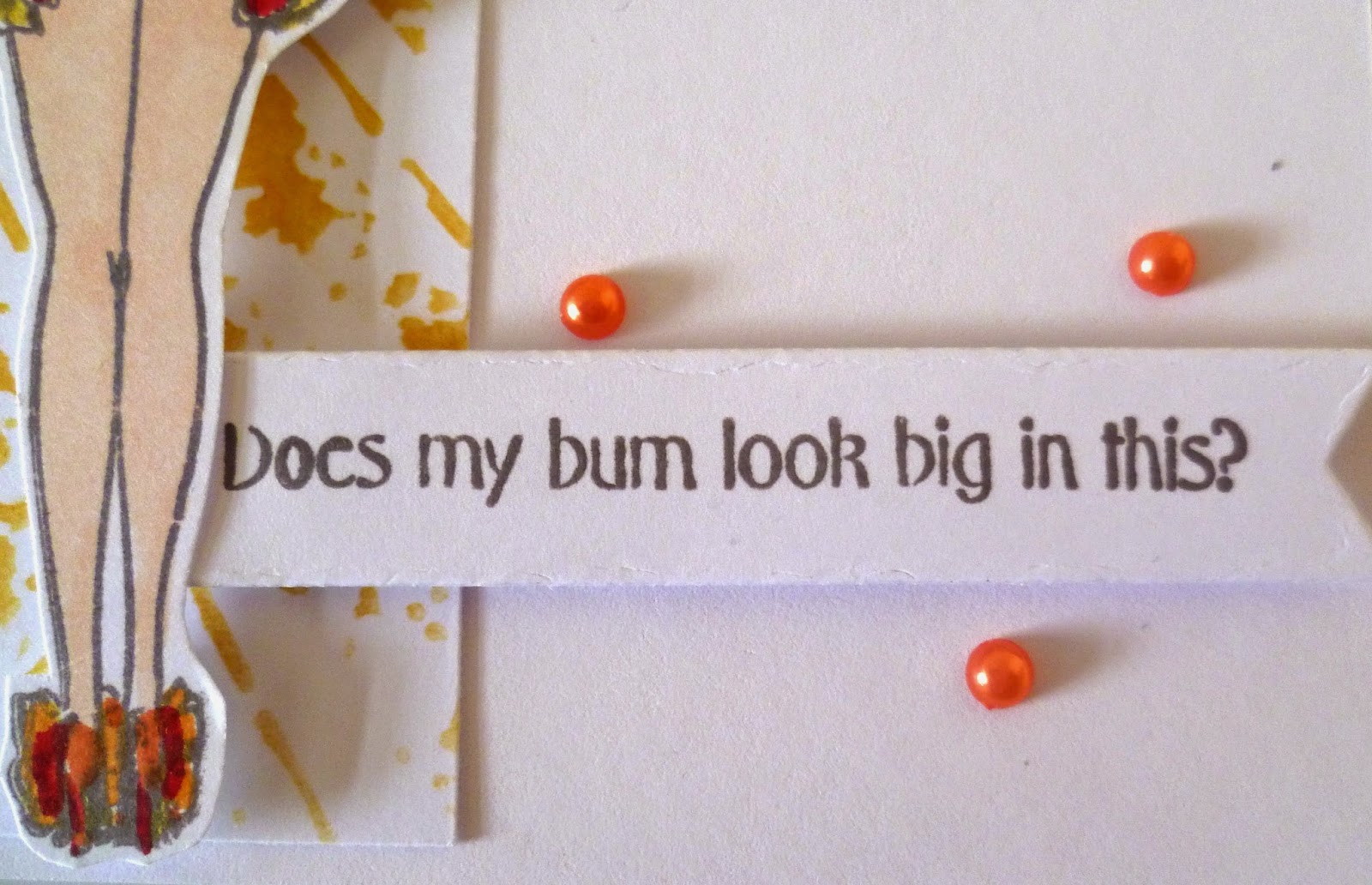 And the image is such a hoot too!  So I couldn't resist and got colouring and cutting and had fun putting this card together. 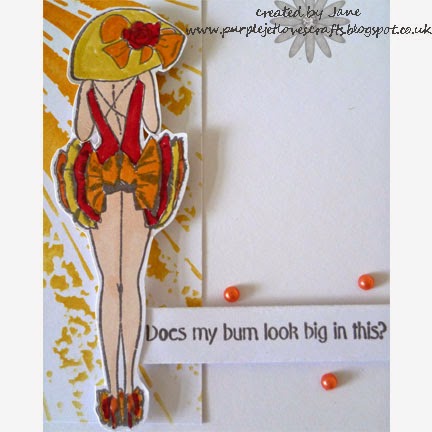 And now for my ten on the tenth.  My theme for July is 'where I live' and I've collected together some photos to showcase the best parts of my village.

1. The car park next to the village green with the village pub in the background.  Rumoured that Dick Turpin, the notorious C18 highwayman, stayed here. 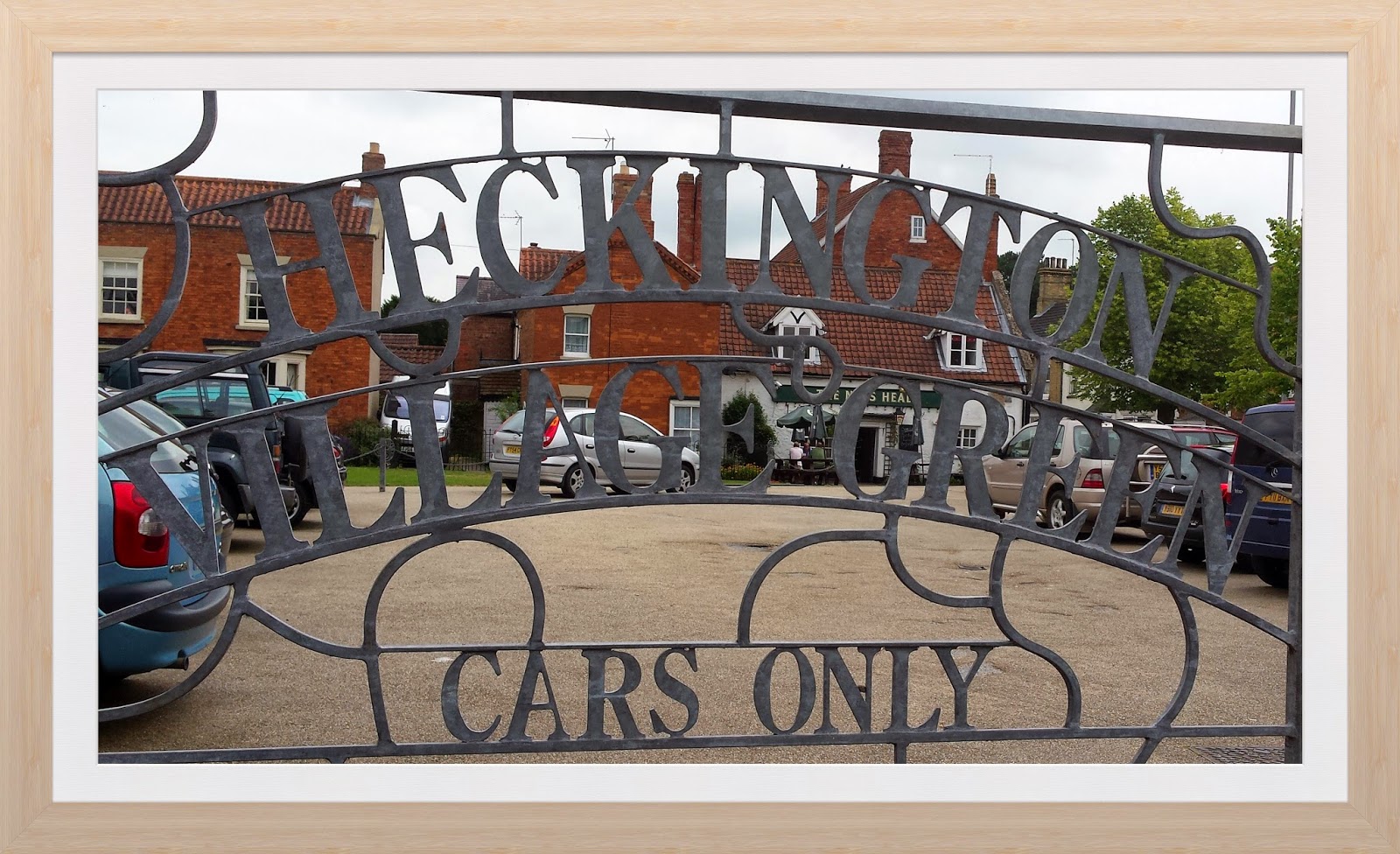 2. The Almshouses, situated across the green from the previous photo. 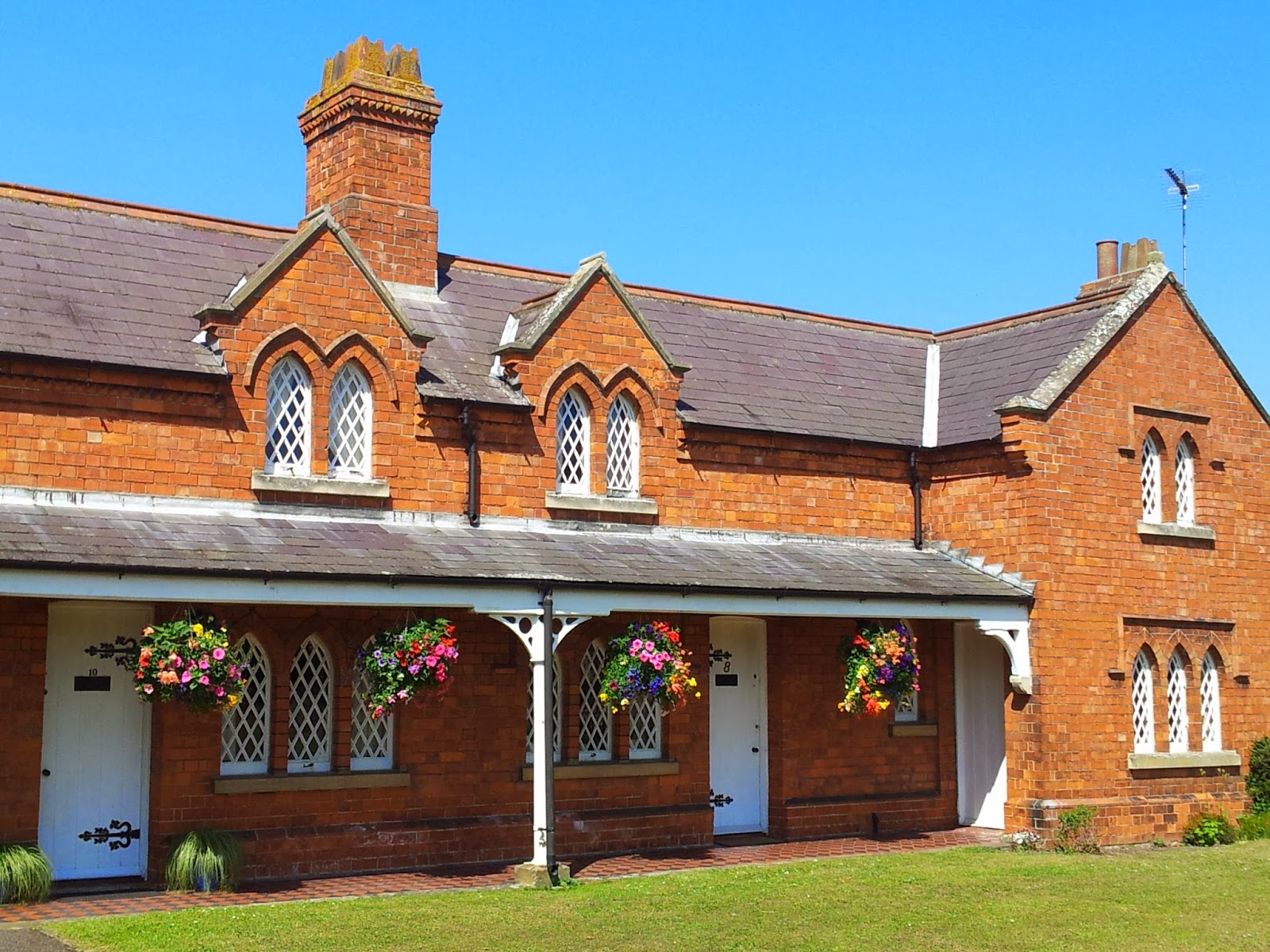 3. A traditional UK telephone box, also near the green. 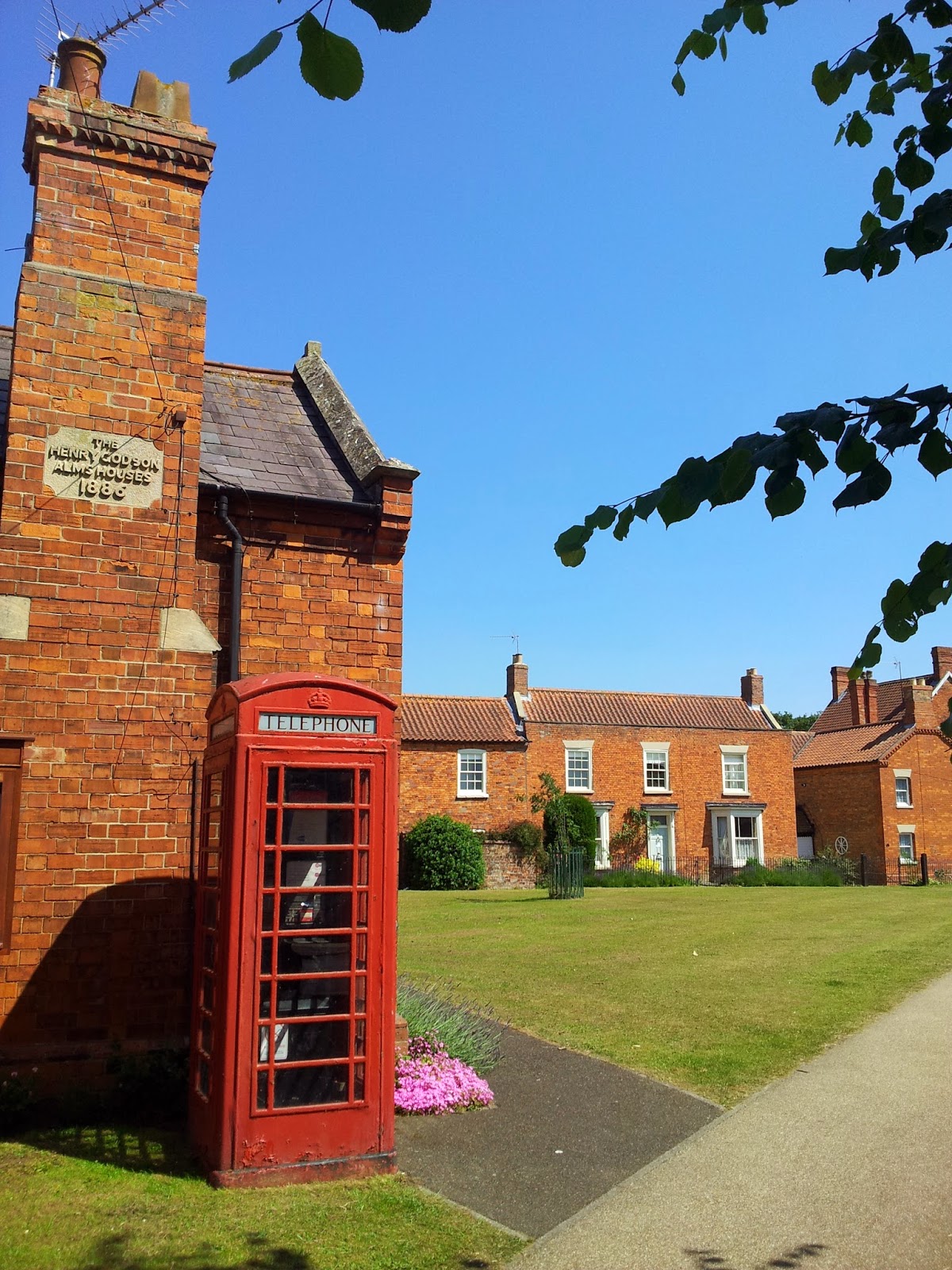 4. The church, built in 1300's in the decorated style of the period.  It's adorned inside and out with many statues, gargoyles, beasts, royal faces, angels and animals leaping from the world and imagination of the 14th century stone carvers. 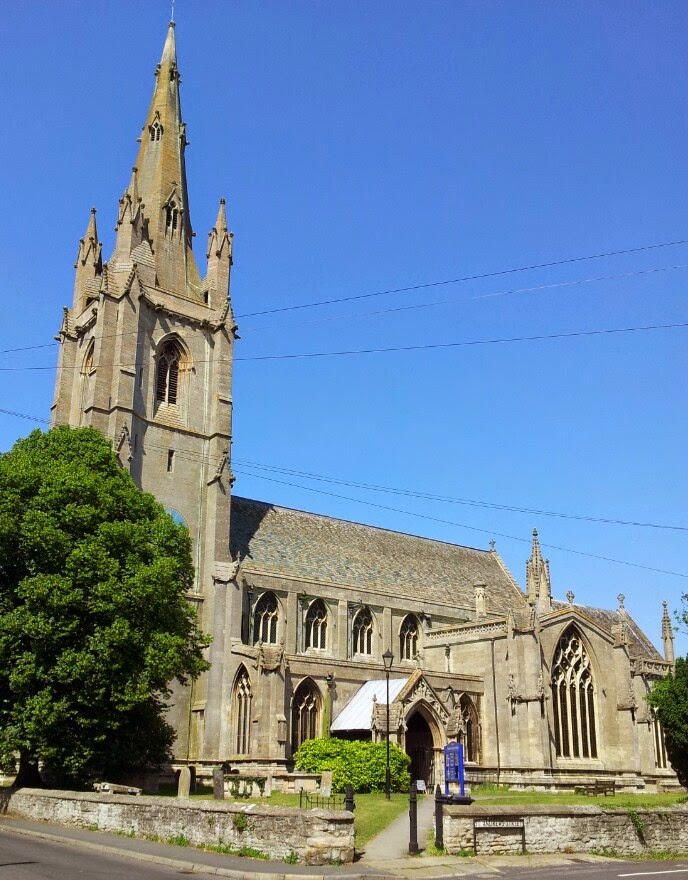 5. A distant view of the church taken from one of the public footpaths that wander across and around  farmers' fields. 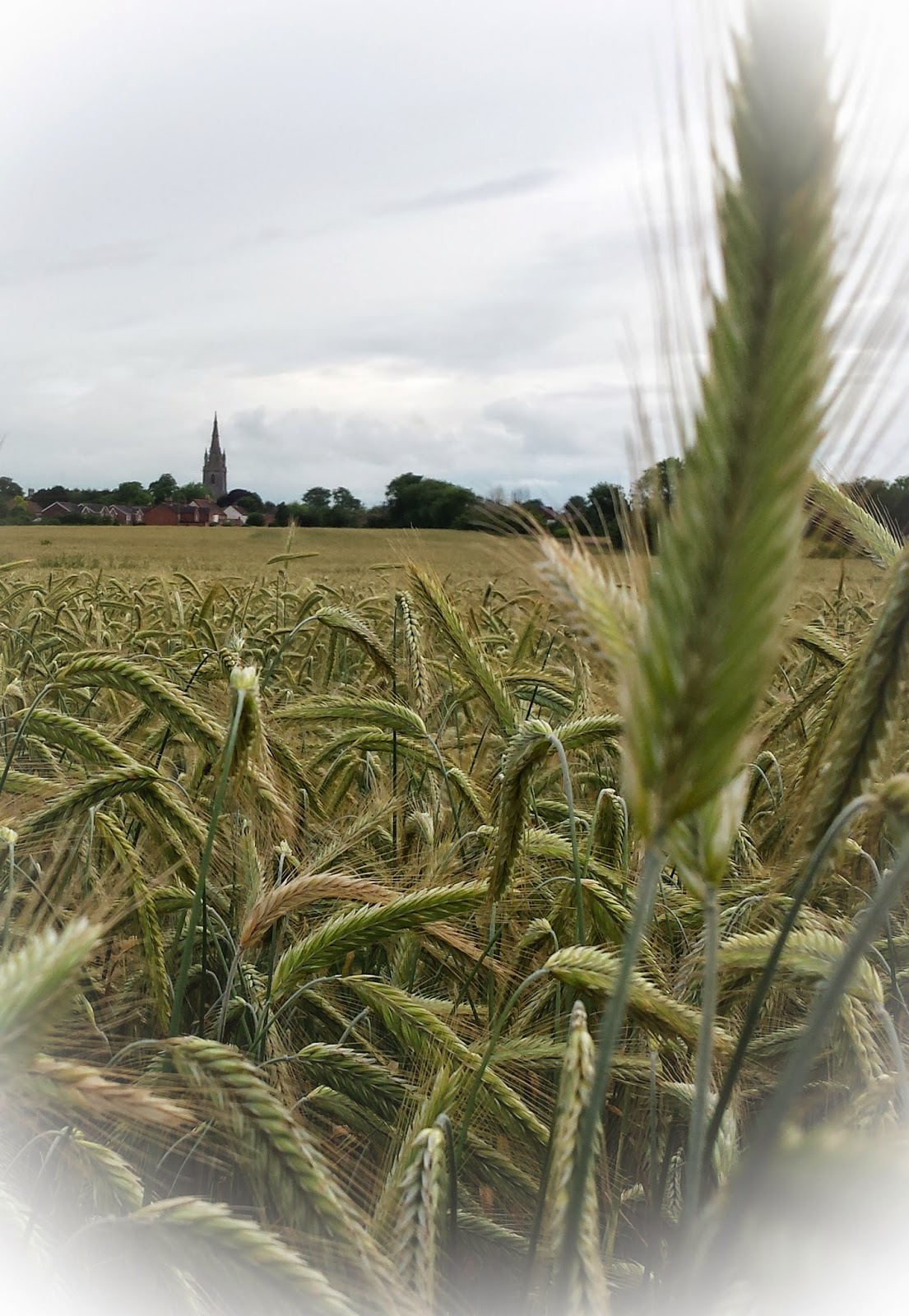 6. A game of cricket taking place on the playing field - very British & traditional! 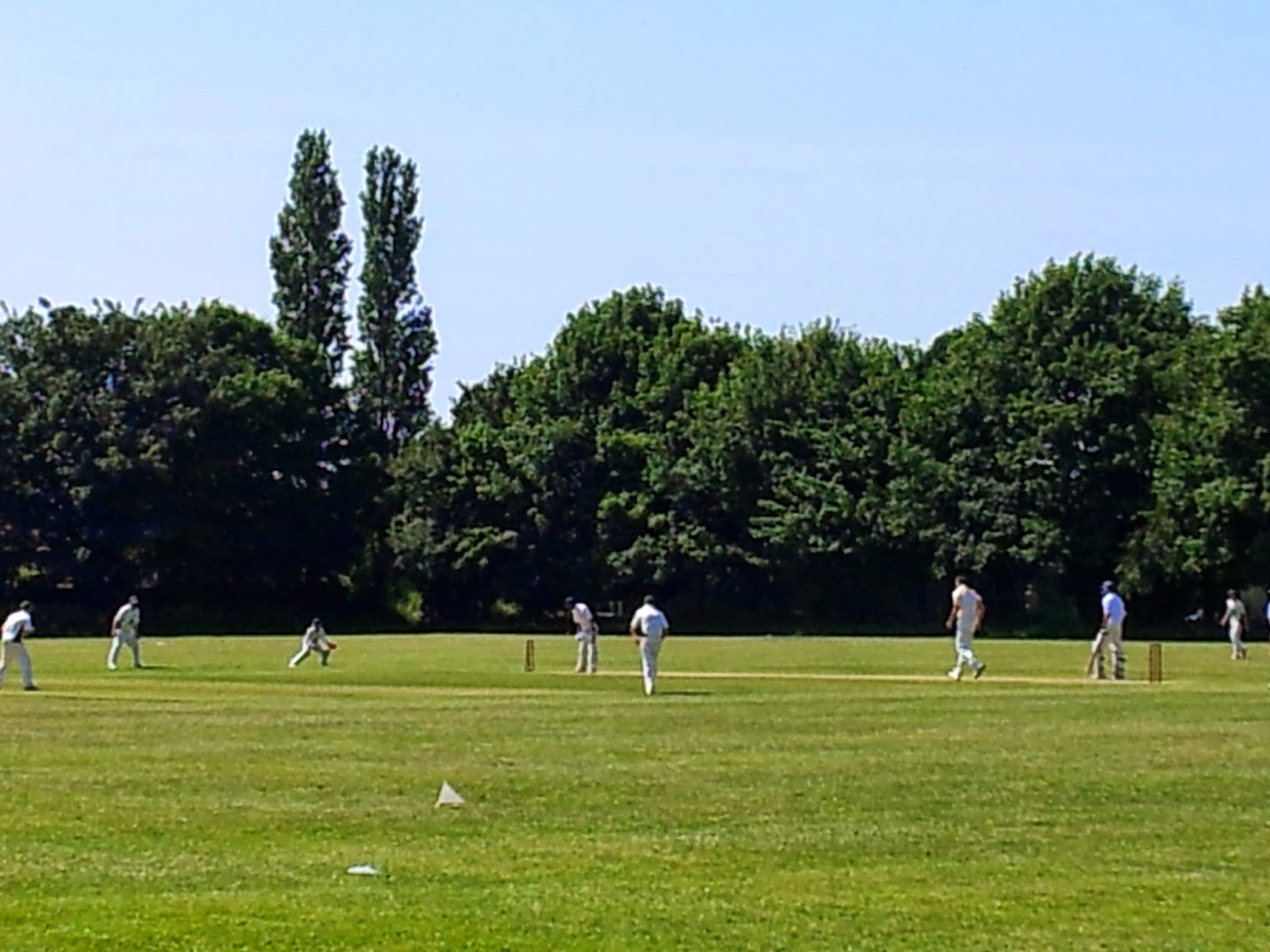 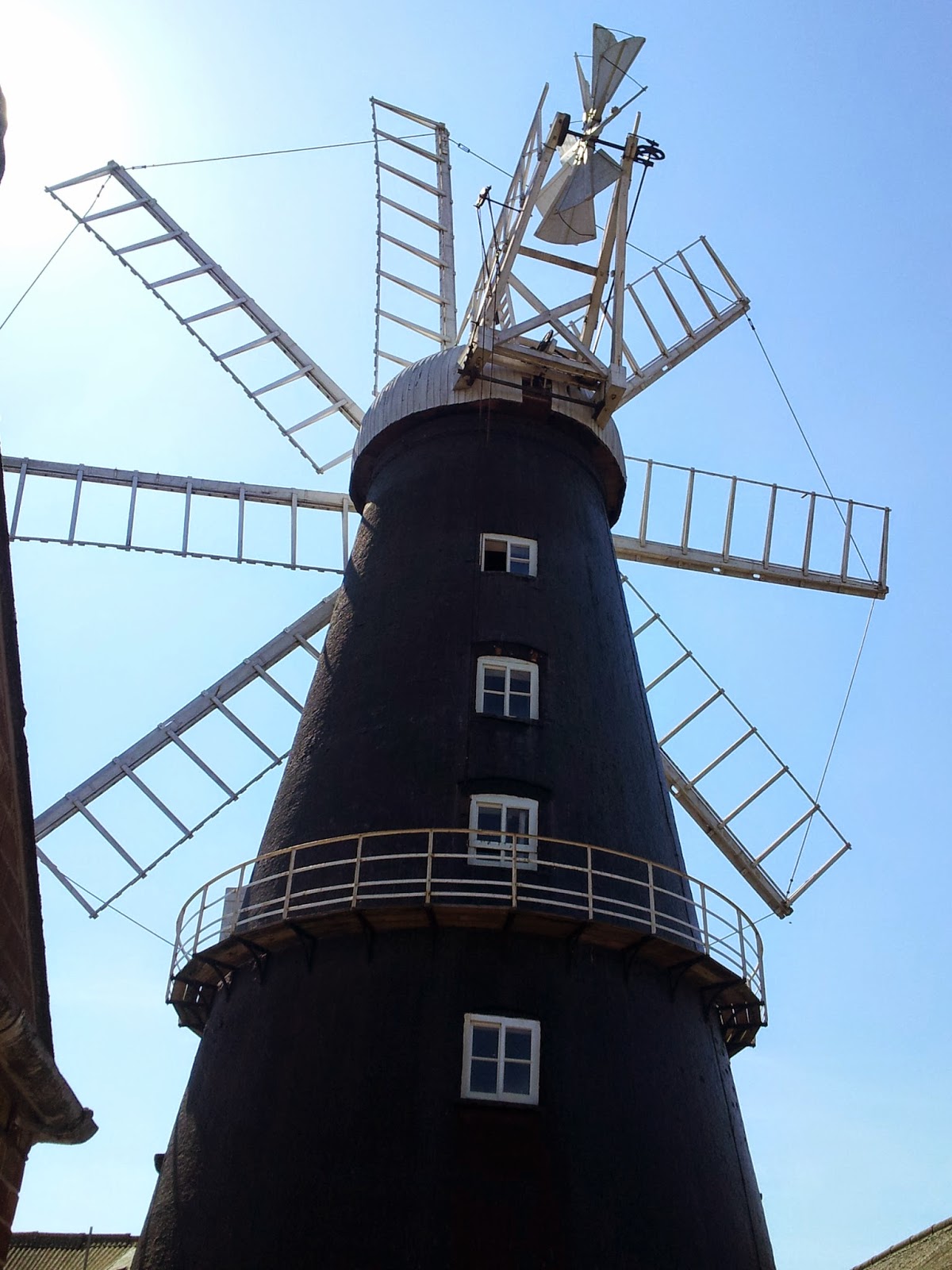 8. A view of the windmill from another footpath across another farmer's field. 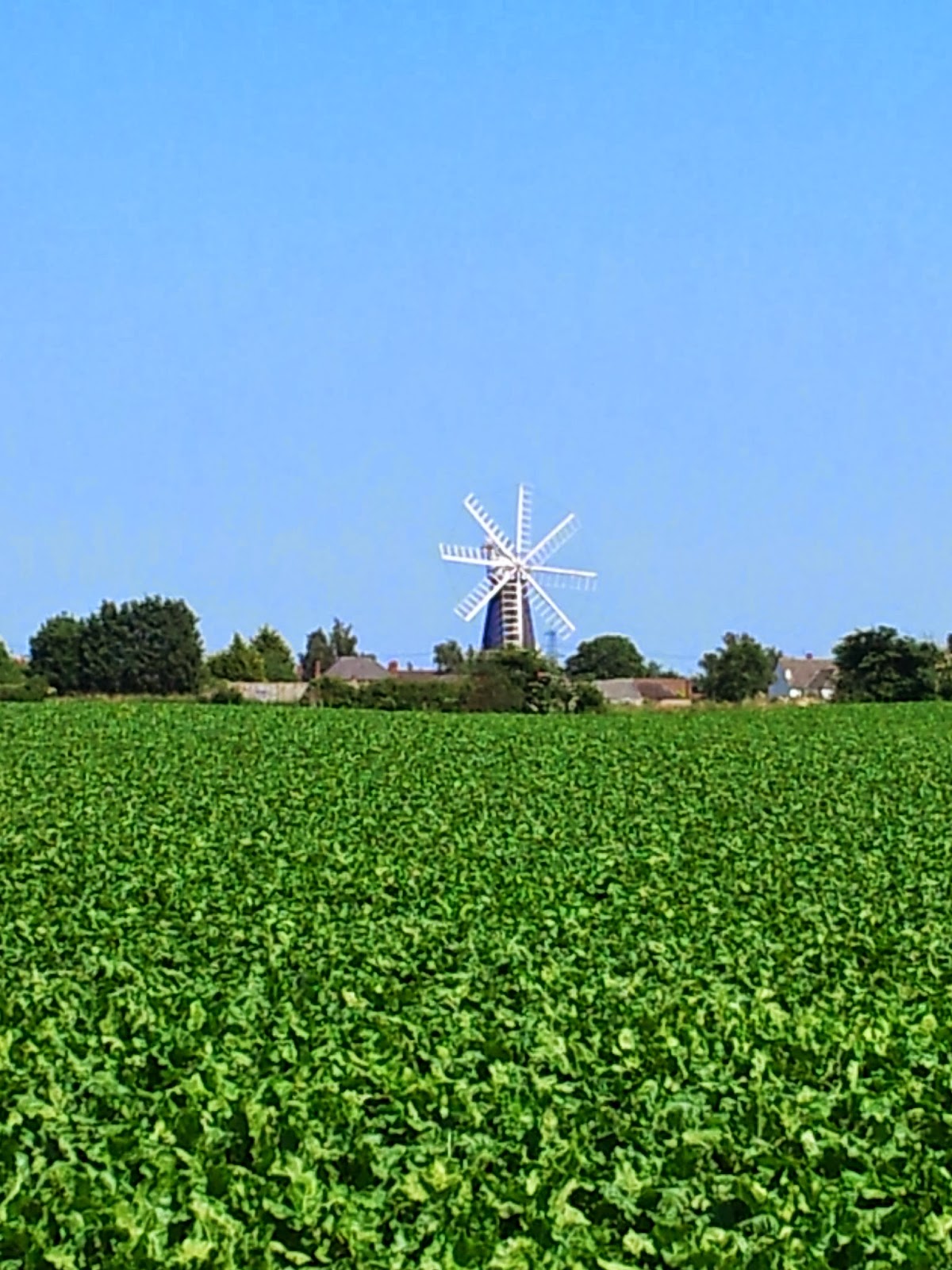 9. The railway station showing the signal box and level crossing gates, one of the few remaining manned crossings still in operation - but who knows for how much longer! 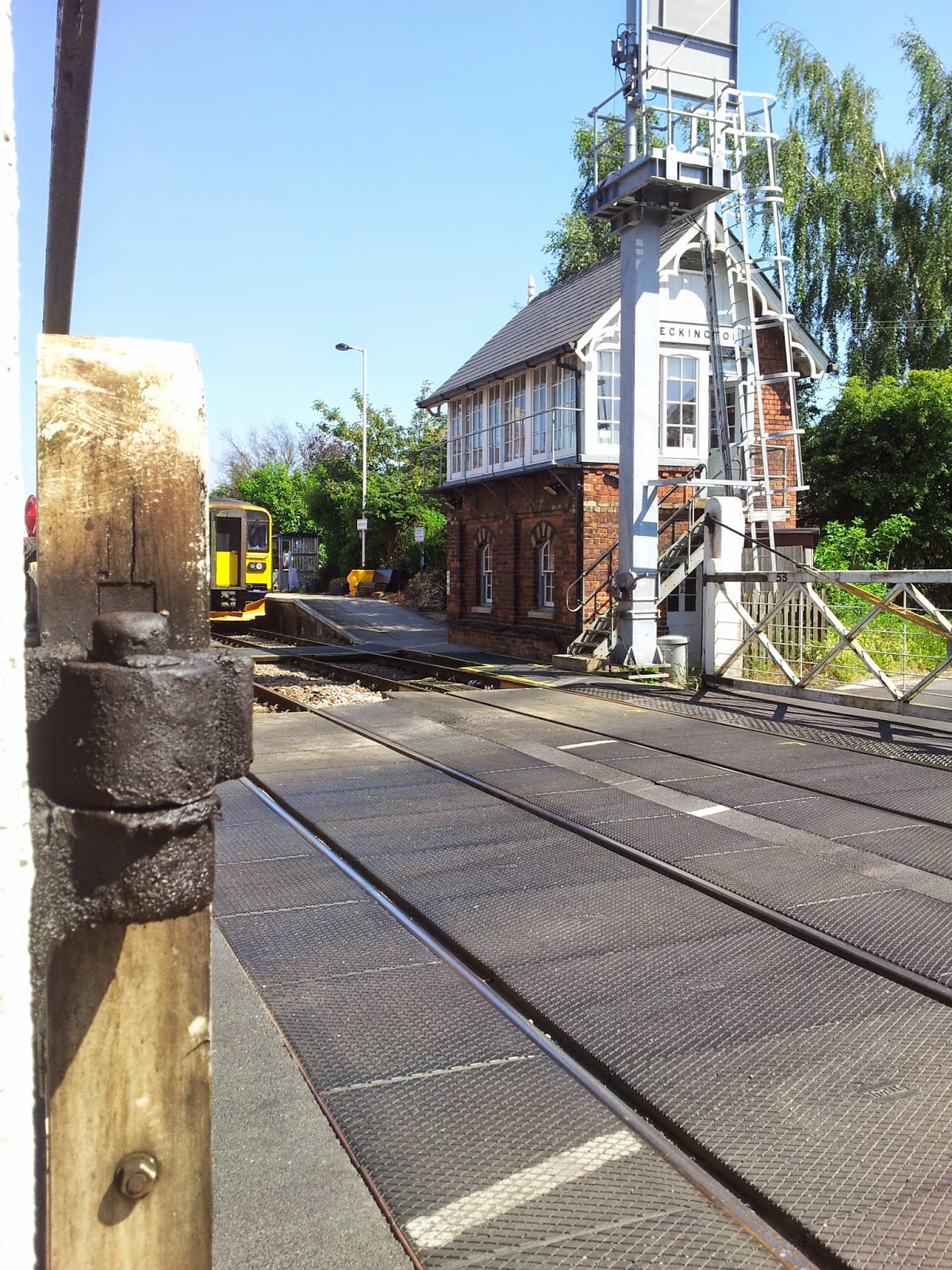 10. And a bit of a naughty photo taken looking along the train tracks towards the windmill and station.  The lines are perfectly safe, not electric, and not at all busy, probably one train every two hours. But I still felt I was doing something I shouldn't, had my husband with me as look out and felt better once I was off the tracks. Guess I'm just not much of a risk taker! 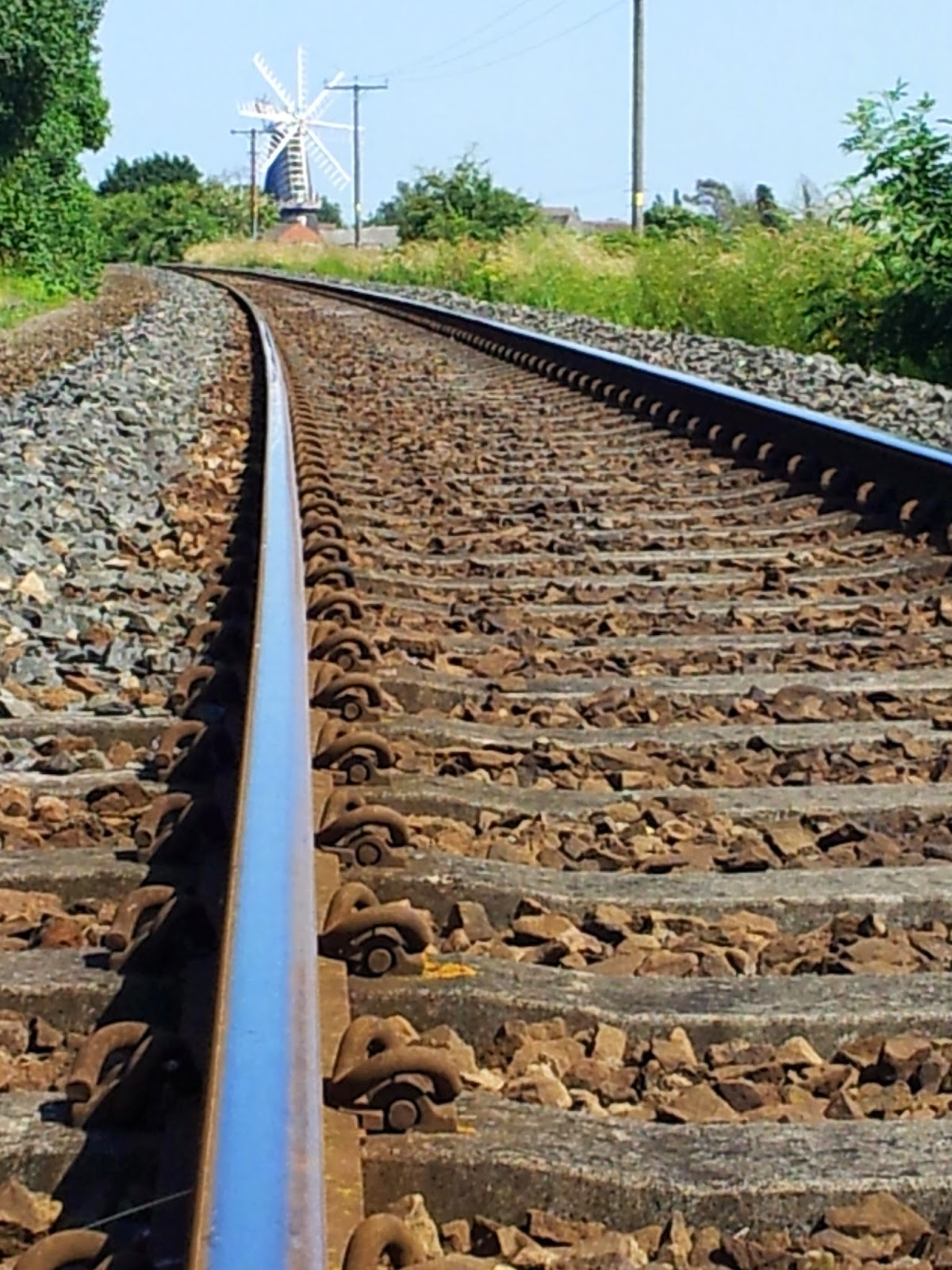 Well that's me finished for today.  Thanks so much for looking and for all the lovely comments you've been leaving recently.

Email ThisBlogThis!Share to TwitterShare to FacebookShare to Pinterest
Labels: Ten On The Tenth