I'm so pleased you dropped by my blog today as I'm sharing cards I made for Uniko's January Revisit Blog Hop and there's a chance to win both the stamp set and matching dies if you comment along the hop by Friday 20th January.

So here's the fabulous sets that I've been talking about: 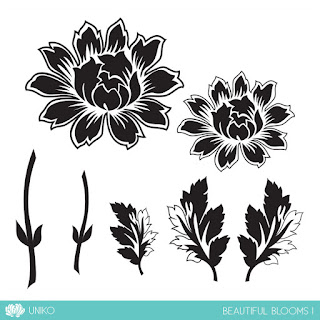 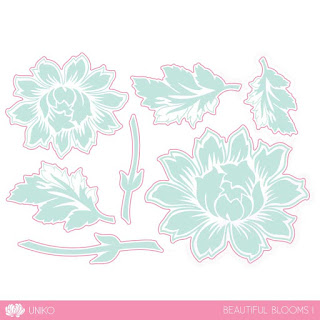 And here's my first card: 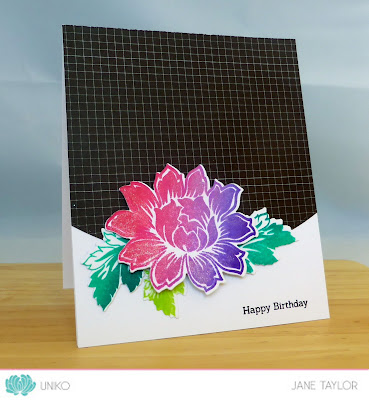 I started by die cutting a patterned paper panel and attaching it to white cardstock to form the background on which to display the large flower head from this stunning stamp set. 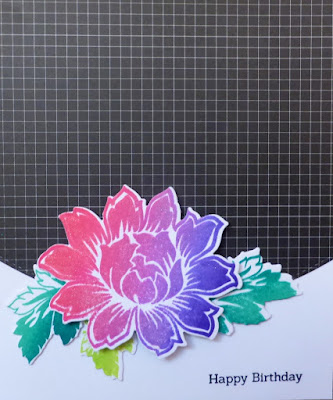 I used Kaleidacolor ink pads to produce the graduated colours on both the flower and leaves. I die cut the pieces before stamping, but discovered when making my third card it's easier to stamp and then die cut with this particular set. 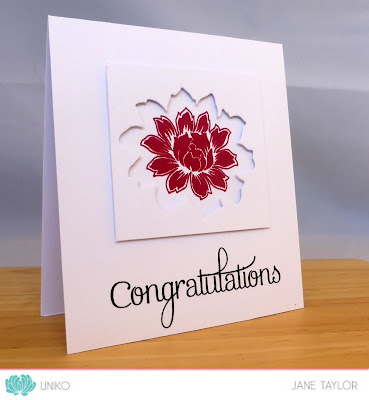 I die cut an aperture from a scrap piece of white cardstock and then placed the base card and the aperture card into my misti tool and tamped the flower head and sentiment. 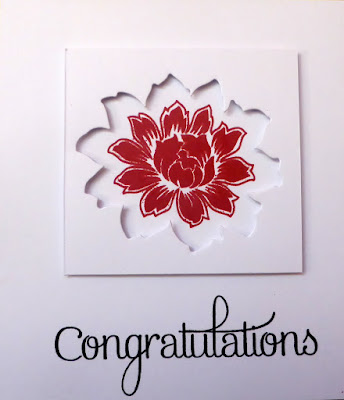 The aperture die cut was raised slightly with foam pads.

My final card today has a very golden and warm vibe and could be used for a 50th birthday or wedding anniversary. 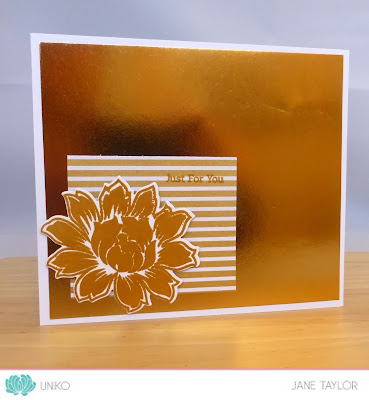 I stamped the large flower head and then used the matching die to cut it out and matted it using pads onto a striped paper and then a gold paper. The sentiment is from Uniko's really useful Simply Said set. 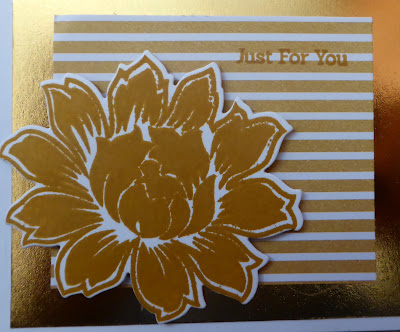 Well that's me done for today. I hope I've shown you the versatility of these gorgeous Uniko stamp and matching die sets. Of course there's loads more inspiration to be had by visiting the rest of the Uniko DT blogs, which you'll be doing anyway as you'll want to be in with a chance of winning the prize. So here's the hop list:

Thanks for looking today, hugely appreciated.  And keep crafting!