Hi and welcome to the first Uniko revisit for 2018.  Normally when we do a revisit Bev selects the stamp set, but this time she's given the DT free rein to select any of the 2017 release sets to give a little more love to.

And I've gone right back to February last year and chosen to revisit Block Party Birthday. My first card also adds an October release, Background Blocks Wonky Stripes, into the mix and was created for my husband's birthday last week. So of course there are lots of blues as they're his favourite colours. 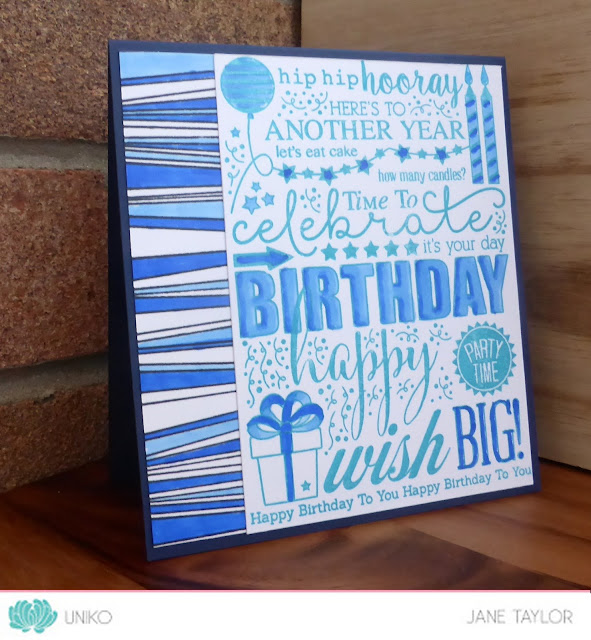 I stamped the birthday block in turquoise and the wonky stripes in black and then got to work with my Copic pens to add colour to the stripes and some detail to the block stamp. 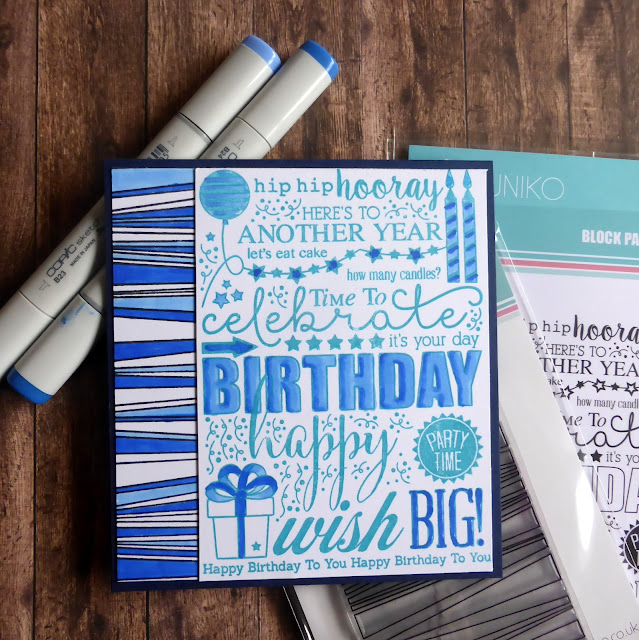 So having created in blue it seemed only fair to go for a more girly option and I broke out the pinks. 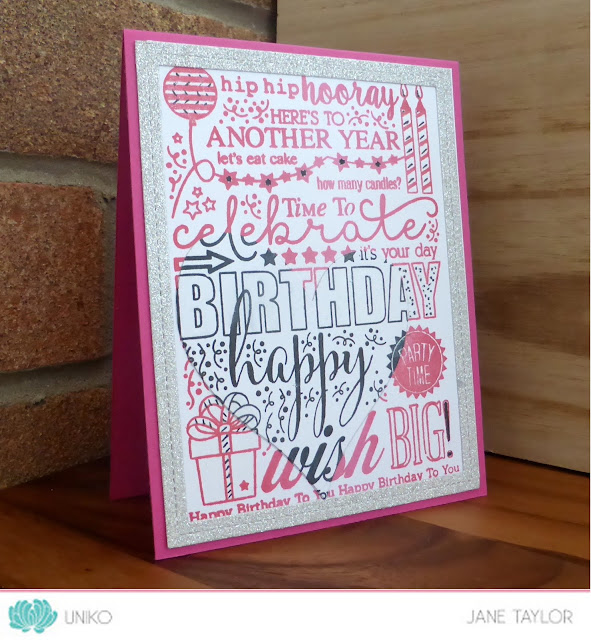 I used an ombre ink pad - which seems to have lost its ombre - to stamp the birthday block and then stamped it again in black. I die cut a heart from the black and adhered it over the pink.  A sparkly silver frame and the addition of some black doodles to the pink section and I called it done. 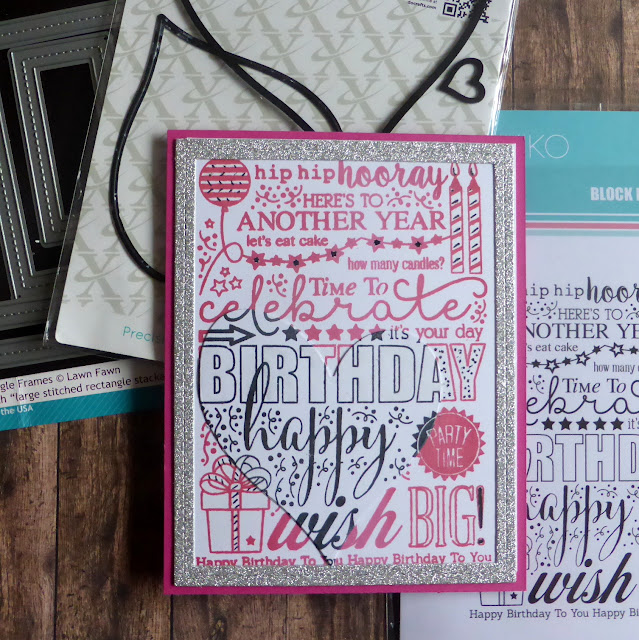 Back to the blues again for my final card and out came those brusho powders.  The birthday block was stamped and heat embossed and then I sprinkled two brusho colours and spritzed them with water. 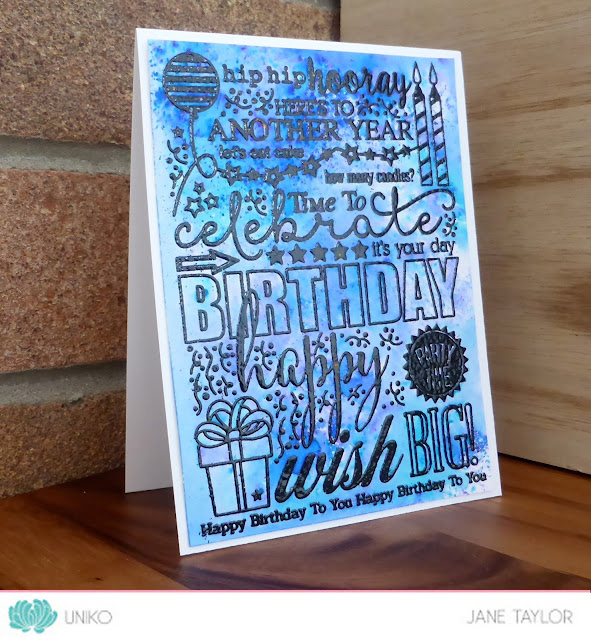 This was nearly a disaster as the brusho colours were so intense it was difficult to see the stamping, but a quick dab with a tissue muted them down and allowed the stamping to shine through. 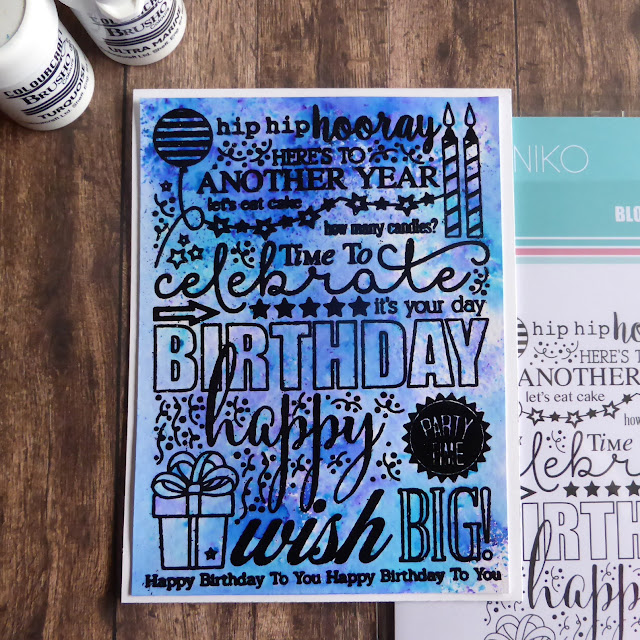 All I need to do now is give you the blog hop order - oh and of course flag up the prize.

The GIVEAWAY - the prize is a £15 eGift Certificate to spend in store and you have until midnight 21st Jan 2018 to comment along the hop.

So remember to leave comments as you go round the hop and who knows you could be the lucky one.

Thanks for looking today, keep crafting and good luck!