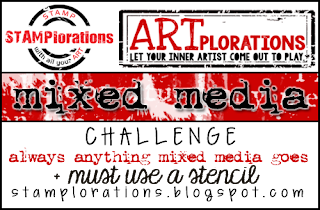 I think it was the 'must use a stencil' that got me hooked and wanting to give it a go. So thanks ARTplorations for inspiring me to try. But somehow my card still turned out to be CAS! 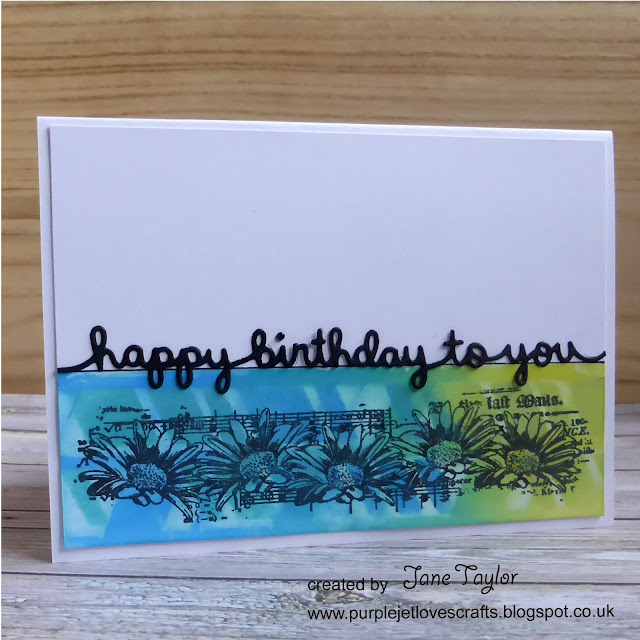 I started by inking up a strip at the bottom and then used the ghosting technique with a stencil and baby wipe. I then turned the stencil and went back over it with the same colours of ink. on top of this I stamped the daisy row. 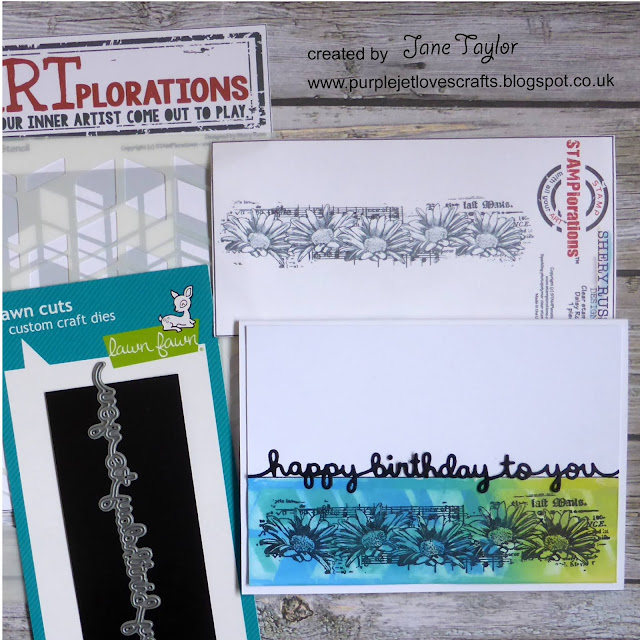 I then drew a pen line along the top edge of the inking and added a die cut sentiment strip. the dot on the 'i' was just too fiddly to glue on so I used a black gem instead.

I'm thinking this qualifies as mixed media as I used inking, a stencil, stamping, a hand drawn line, a die cut and a gemstone.

It's been wonderful having your company today. Thanks so much for visiting.