I'm going to share a little more about my upcoming December album today.

This year I'm taking it really easy and not even going to try to add something for every day. In fact I'm calling it my Christmas 2017 album and not a December Daily. And I will be starting it before December as we have a trip to Edinburgh coming up and I'm hoping to catch some early Christmas vibes there.

So far I've bought the album with 8" x 8" page protectors and plan to create entirely digitally as it's so much quicker and easier than paper crafting. Not sure I'll manage to keep my hands off those papers though, but we'll see how it all pans out. 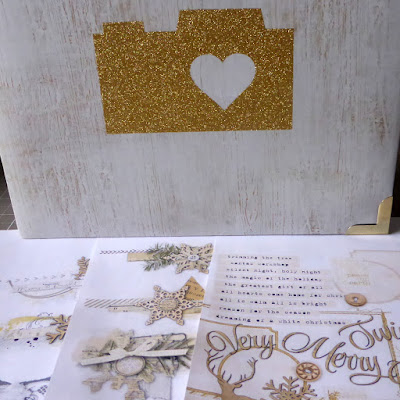 I've chosen very neutral colours this year - greys and beiges and am considering using black and white photos - just an idea at the moment.

Spurred on my Australian penpal Helen I've prepared my title/intentions page. Here it is: 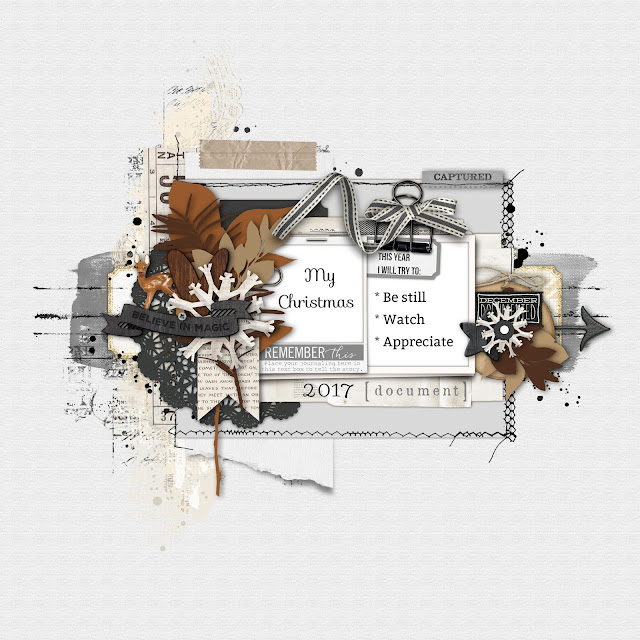 Quite spectacular isn't it? See I can say that as most of it consists of a bought layout from Designer Digitals with just a little tweaking of the colours and the addition of my words.  Here's how it started: 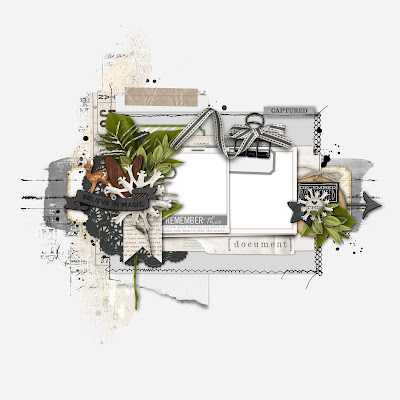 So I simply changed the green elements to beige brown shades and chose some favourite fonts for the text. 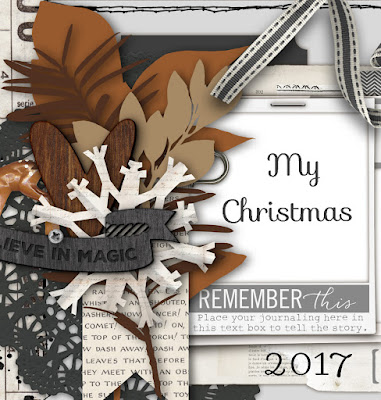 And in keeping with my need to simplify things this year my intentions are really simple too. I'm hoping they'll help me to balance out that rush and intense 'there's still so much to do' feeling I always get in December. 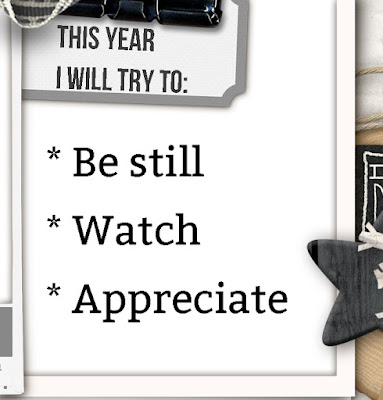 I've also created my planner for the season. I had so much fun choosing papers and elements, all from Designer Digitals. 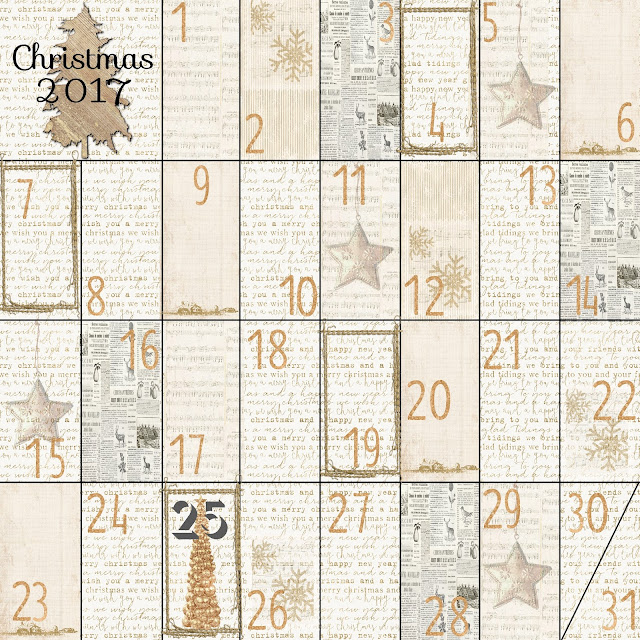 And so it's begun! As I'm no longer on the DT for Let's December Daily I'll be sharing lots more of my Christmas album here on my blog this year, so I hope you'll join me in my journey. I'll still be linking up with Let's December Daily though and maybe you'll find time to go take a peek at their projects - they really know how to craft and play and create with all things artsy and inky and papery. 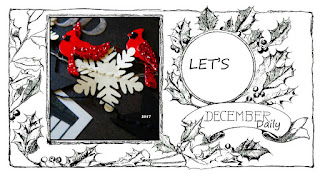 Thanks for looking today, I've loved having your company.  And keep crafting!