It's day 2 of the peeks at the new June release from Funky Fossil. If you loved the Bee Geometric set from last month's release then today's peek is going to be right up your street. 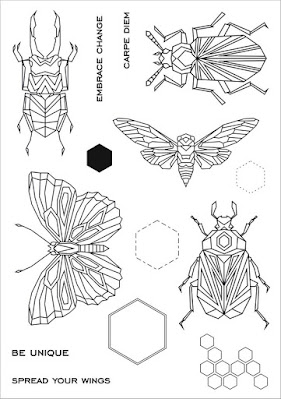 My first card is in my favourite CAS style and use both the new stamp set and a matching stencil from Funky Fossil - Honeycomb Stitches. 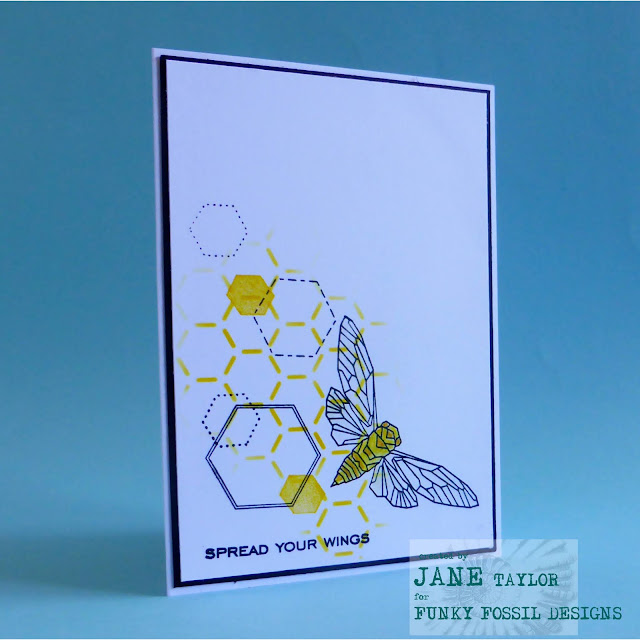 I kept my colour to just black and yellow and used a favourite corner placement leaving a good half of this CAS card as empty white space. 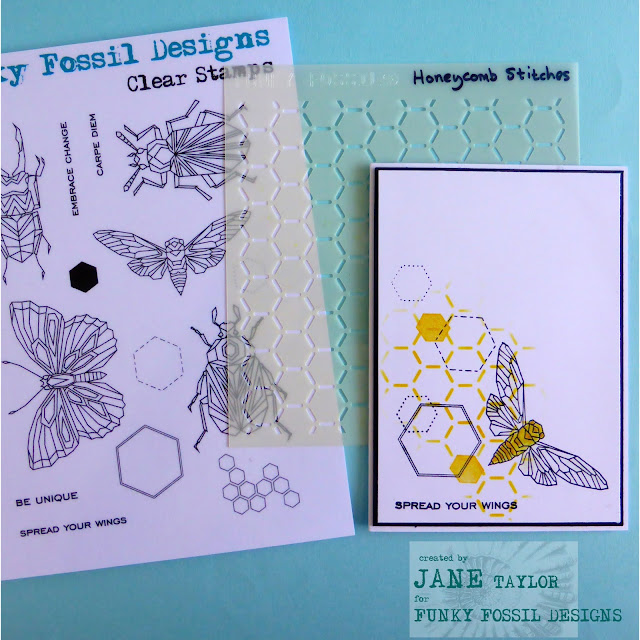 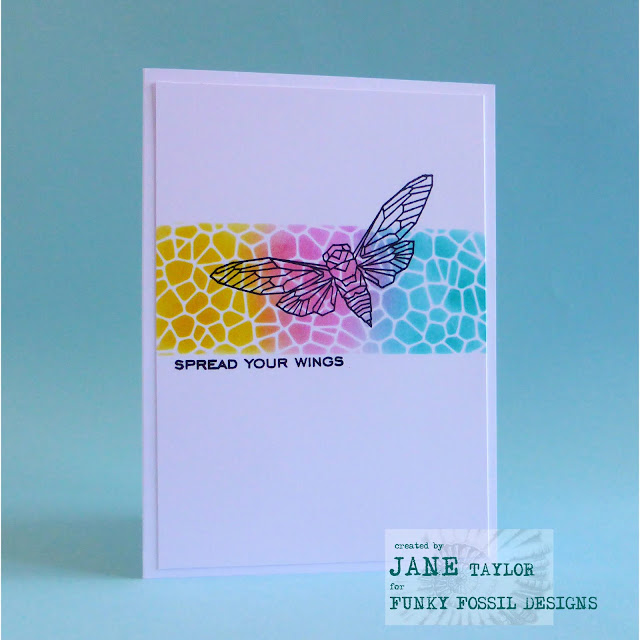 Using a stencil to add background colour and then simply stamping an image on the top is becoming one of my favourite ways to create cards. 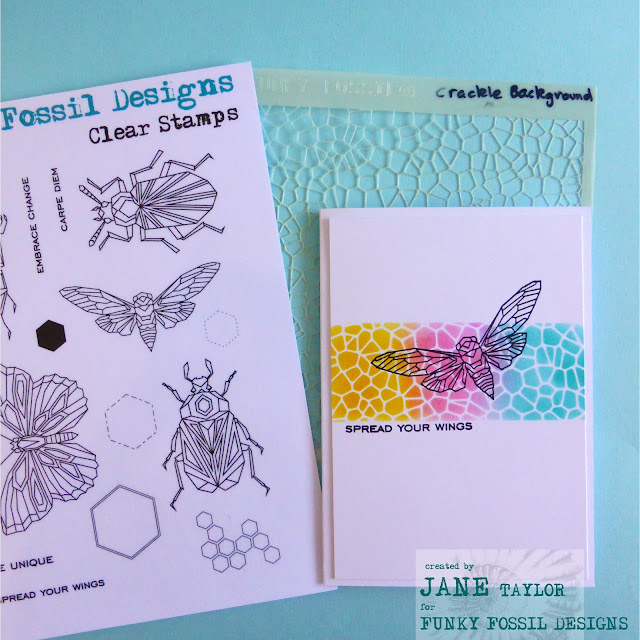 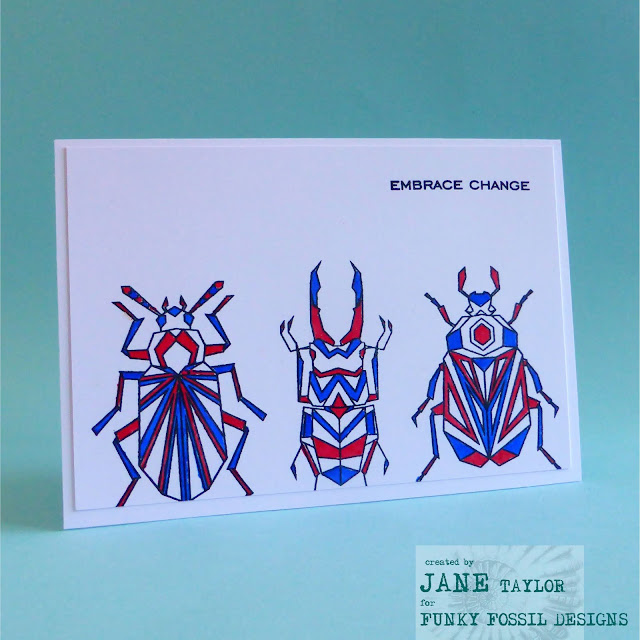 Do you ever get an idea in your head that just won't go away? Well this happened when I first saw these beetles. I just kept seeing the Union Jack flag! So I caved in and coloured them in red and blue - a bit of a quirky and fun thing to do I know. 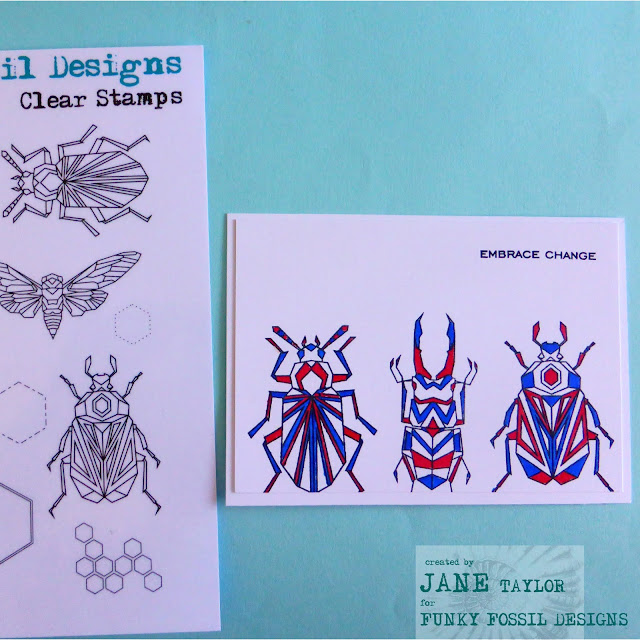 Stamps – Geo Bugs
Ink: Memento, tuxedo black
Pens: Copic, R27, B29
That's today's shares all done and dusted. Tomorrow there will be another peek - and it's a really fun set! See you then.
Thanks so much for dropping by today, I really appreciate you taking the time.
Stay safe and keep crafting!