Today I'm here with the first of the introductions to the new release at Uniko. Three new and totally unique stamps - as you'd expect with the name Uniko! 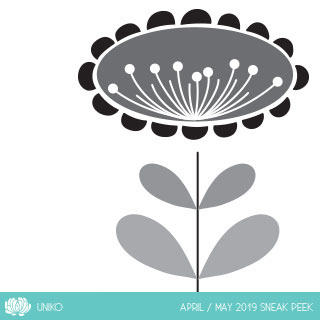 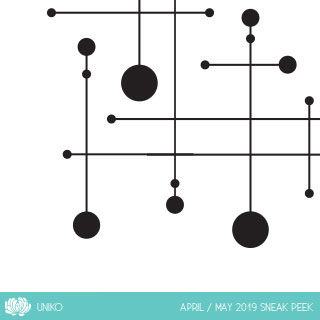 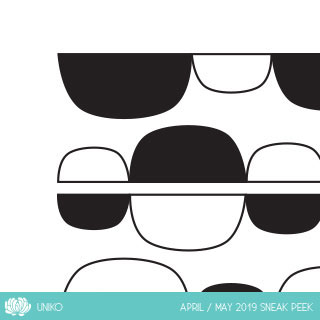 My first card uses the Mid Century Modern Florals. What an amazing stamp set this is, never seen anything like it out there at the moment so it's sure to fly off the shelves! 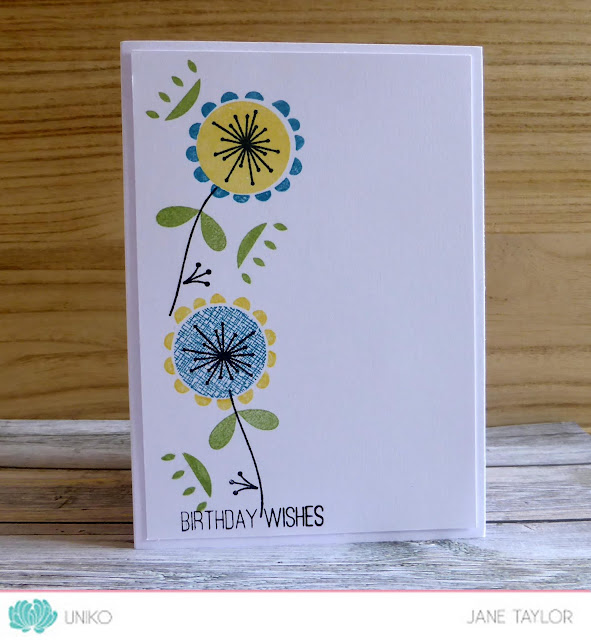 I chose a colour palette that I thought was in keeping with the Mid Century Modern feel and kept my card just how I like - nice and CAS. 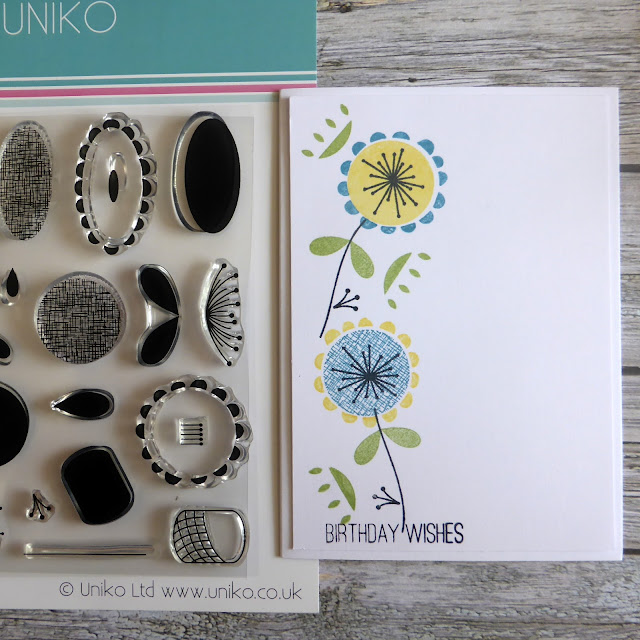 My second card uses a stamp that I know I'm going to come back to again and again, particularly for all those tricky male cards I need to create. 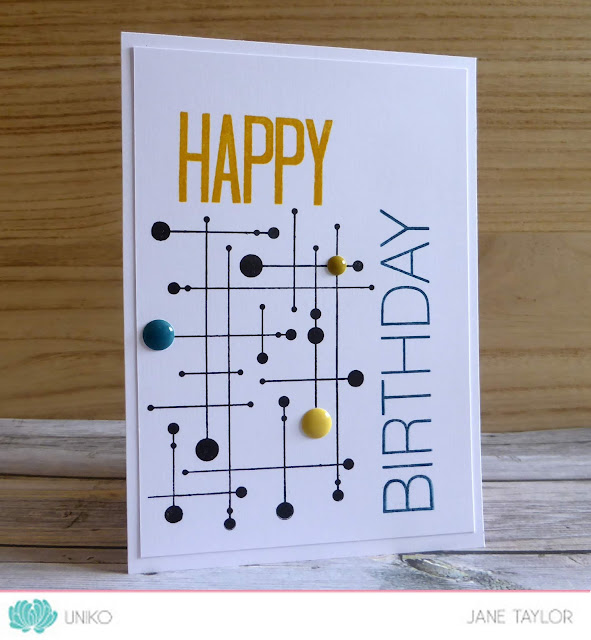 I combined it with a sentiment from an older stamp set and added a few enamel dots. Again I chose colours that suit the Mid Century Modern style. 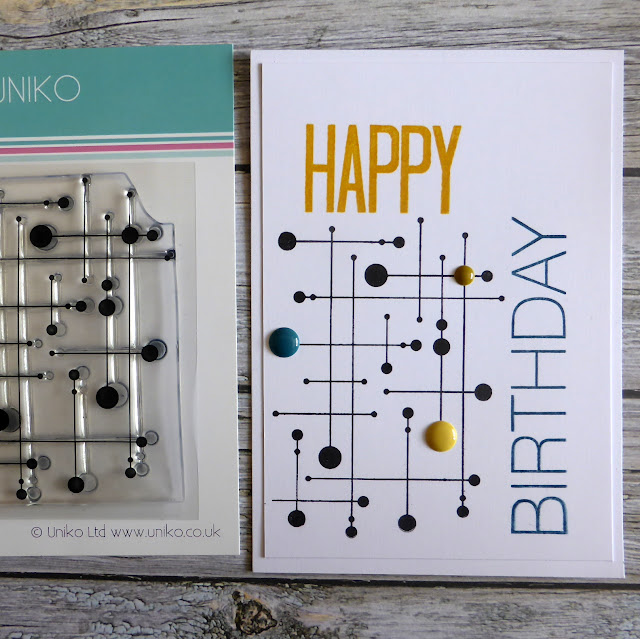 My final share for today uses the last of this trio of Mid Century Modern stamp sets and more iconic colours from this style. I admit I knew nothing about Mid Century Modern and had to research a bit on Pinterest and I've made an inspiration board - HERE. 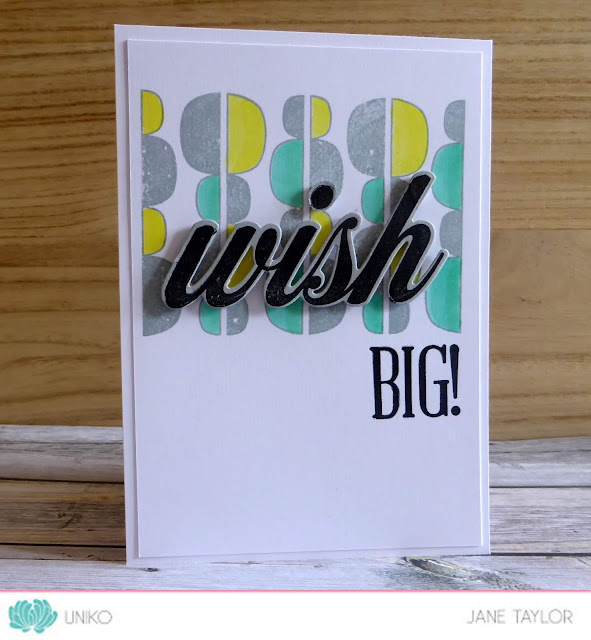 This card gives you a bit of a sneaky peek at a die that's being introduced later this week and will be an absolute must have for your stash. 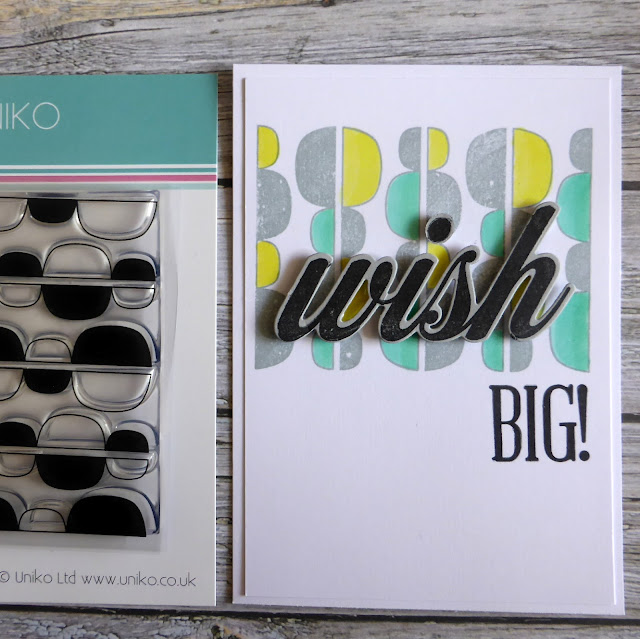 
Well that's the first day of introductions all done and dusted. Be sure to come back tomorrow to see what other delights Bev has in store with this new release. And of course go check out the rest of today's Uniko DT introductions - HERE.

Thanks for visiting today, I'm really pleased to have had your company.