I'm scrapbooking today and have used the sketch and mood board from Let's Get Sketchy. 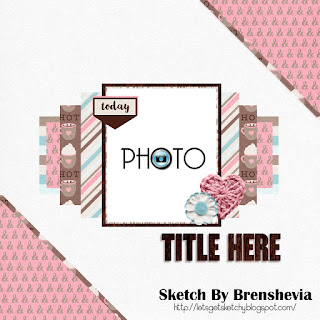 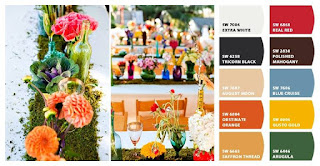 I love this sketch from Brenshevia - but then I pretty much love all the sketches at Let's Get Sketchy! Although my page doesn't have flowers it was the splodgy bits from the mood board's left hand flowers that prompted my choice of paper. I also thought the way the colours were added to the top right and bottom left of the paper was a good match for the triangular elements from the sketch. 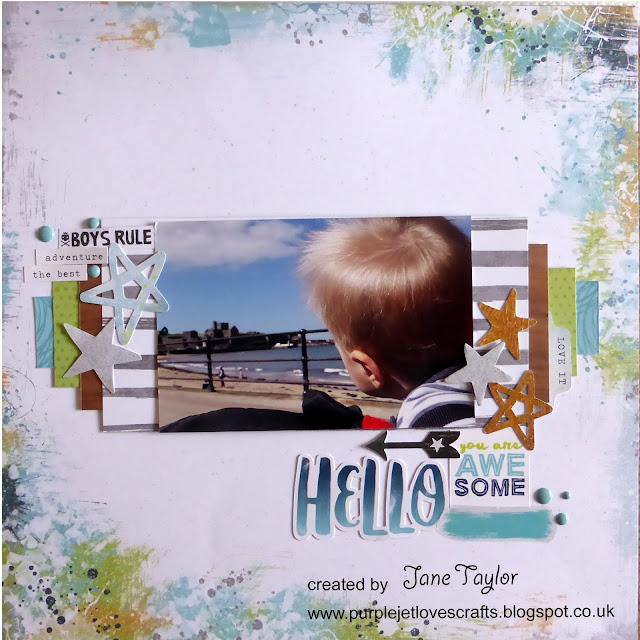 And it's that precious back photo of one of my grandsons that took centre stage on this layout. I chose several left over bits of paper from Cocoa Vanilla's Boy's Rule and stretched them to fit behind the photo by cutting them in half and making them appear to be longer than they are. 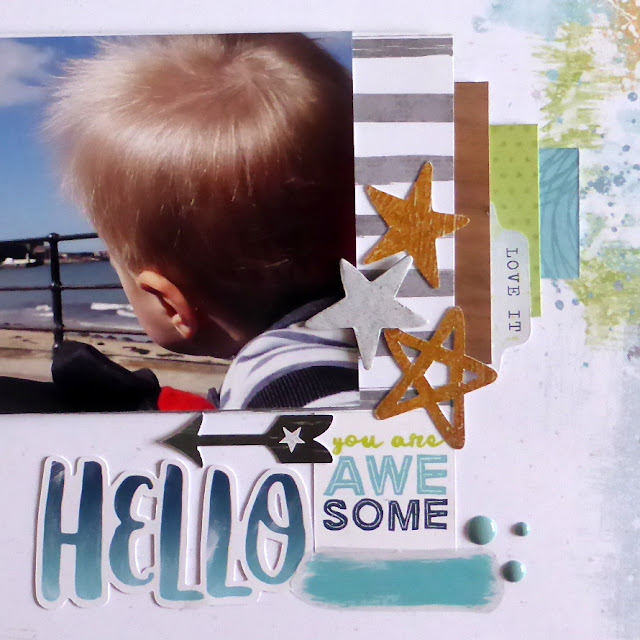 I then added some clusters of embellishments to coincide with the sketch layout. 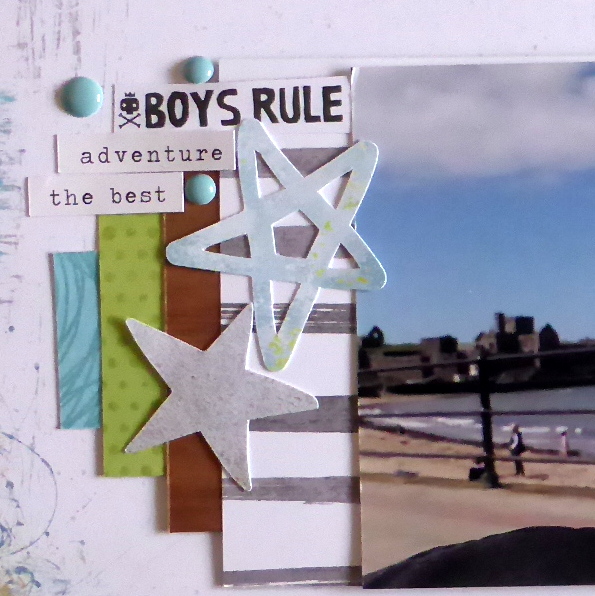 I'm so grateful that you had time to look today, thanks so much.

Email ThisBlogThis!Share to TwitterShare to FacebookShare to Pinterest
Labels: Lets Get Sketchy, Scrapbooking