I'm sneaking in today with a little introduction to a new stencil from Uniko's May release. I usually only get involved with the stamps and leave the stencils to the Stencil Team, but I couldn't resist giving this one a go. 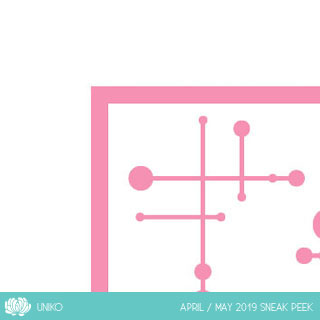 I created a couple of atcs using the stencil as a background: 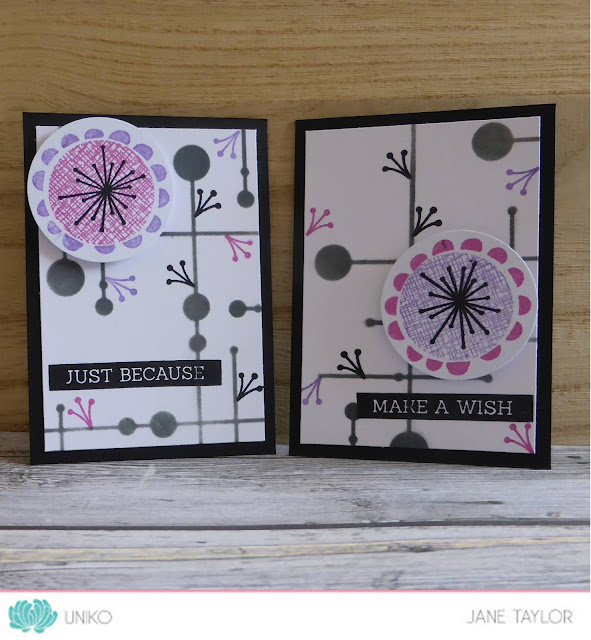 I then used the awesome Mid Century Modern Florals and Simply Said Blocks greetings to finish them all off. 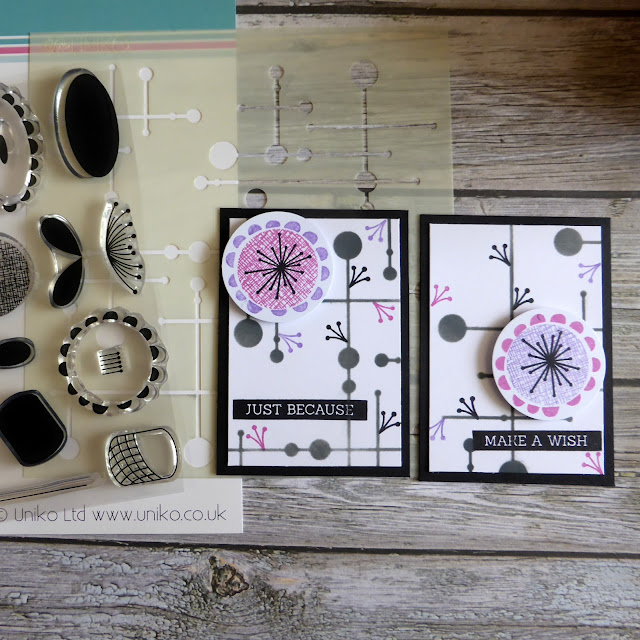 Thanks for dropping by today, I really appreciate it. There's still one more day of Uniko introductions left before the big reveal and blog hop on Sunday 5th May. See you tomorrow then!