YAY! I'm so pleased you've stopped by today as I'm introducing the first of the stamp sets from Funky Fossil's January Release. 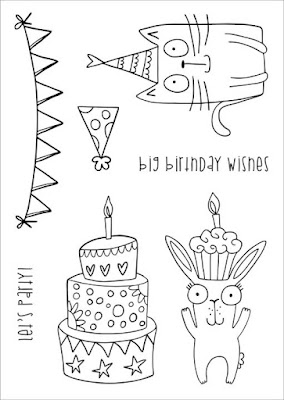 It's another of Donna's fabulously quirky and adorable animal designs. If you have the other previously released sets you're so going to want this one added to your collection!
My first card uses one of the cats and the bunting banner in some fresh and unisex colours. I added in a sentiment using the new die from this release too. 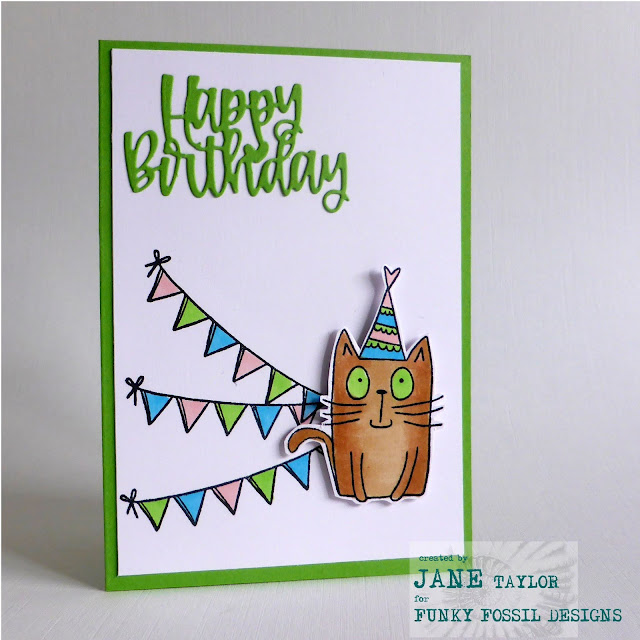 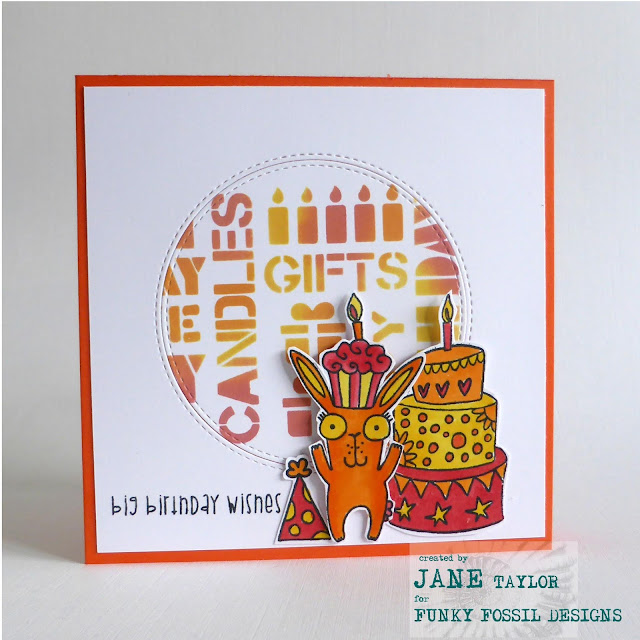 Supplies:
Stamps: Funky Fossil, Let's Party
Stencil: Funky Fossil, Birthday Words
Ink: Memento, tuxedo black, tangelo, dandelion, lady bug
Pens: Copic, Y15, Y18, YR04, YR07, YR15, R27, R35
Die: MFT Die-namics, Inside Out Stitched Circles
My final card for today is all about the purples! Well it just had to be. I inked through the freebie stencil and then die cut it into a stitched square.
The cake was stamped, coloured and hand cut and popped up on foam pads. 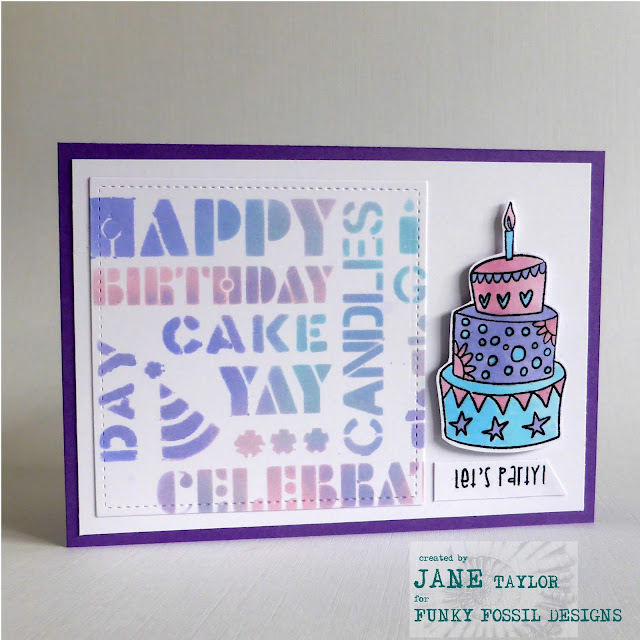 Supplies:
Stamps: Funky Fossil, Let's Party
Stencil: Funky Fossil, Birthday Words
Inks: Memento, tuxedo black, Ranger distress, shaded lilac, spun sugar, tumbled glass
Pens: Copic, R81, R83, BV0-, BV02, B01, B02
Die: Lawn Fawn, stitched squares
Well that's got us off to an amazing start to showcasing the new release. There are four more introductory days and then everything will be in the shop on Friday 15th when Sarah will also be on Hochanda 5pm and 9pm with her usual awesome demonstrations.
Thanks for looking today, it's been so much fun to have your company.
Stay safe and keep crafting!