I'm super excited that you've come to visit today as it's the first day of pre-release peeks at the May Funky Fossil release. And we're kicking off with the most adorable set called Bees Knees. 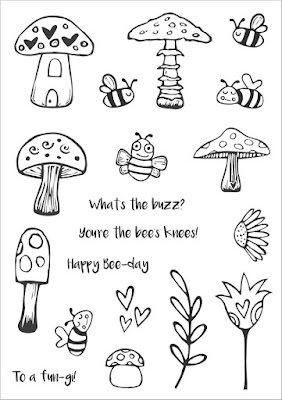 This set just calls out for building a scene and that's just what I've done with my first card sample. 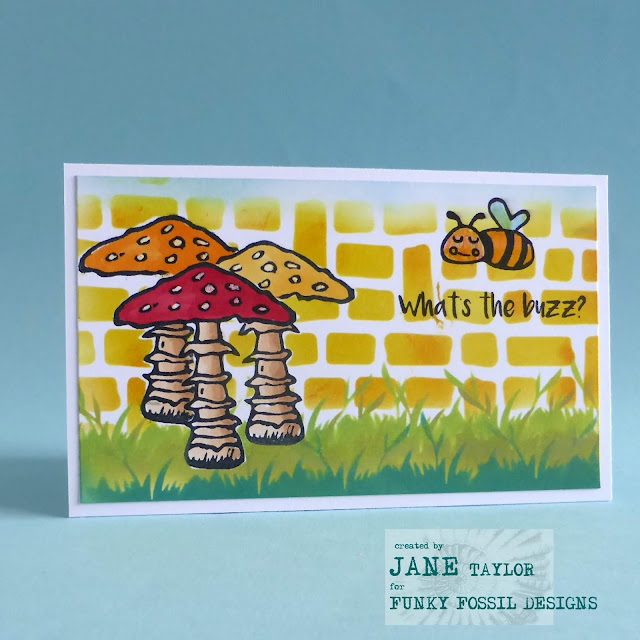 I started by stamping the three toadstools masking each one off as I went to get that overlapped look. then I went in with the Cobblestones and Scenic Borders stencils and bit of blue sky at the top. 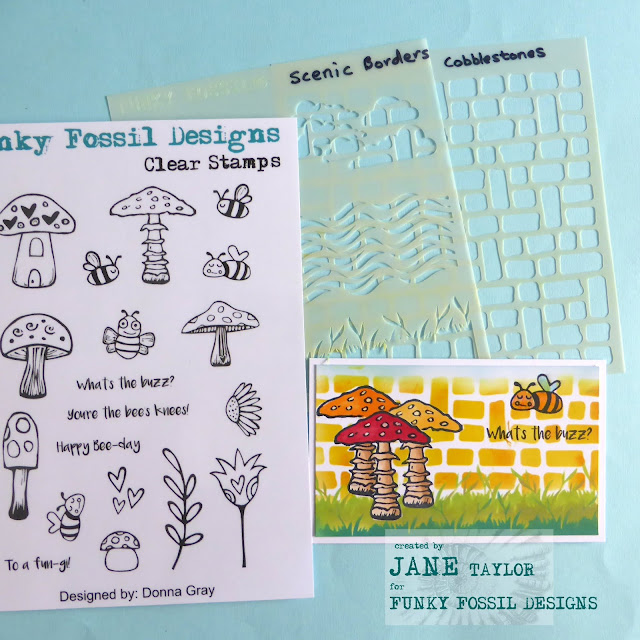 I finished off with the addition of a bee and the greeting.

But this set doesn't just have to be for scenes it can also be used for a more CAS card. 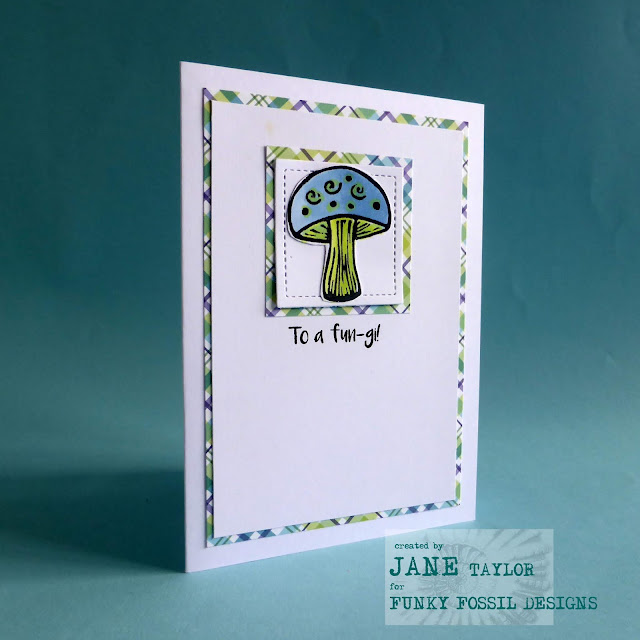 I was thinking male for this card and stamped, coloured and hand cut the toadstool in blue shades. I then matted it all up onto a stitched square and some plaid paper. 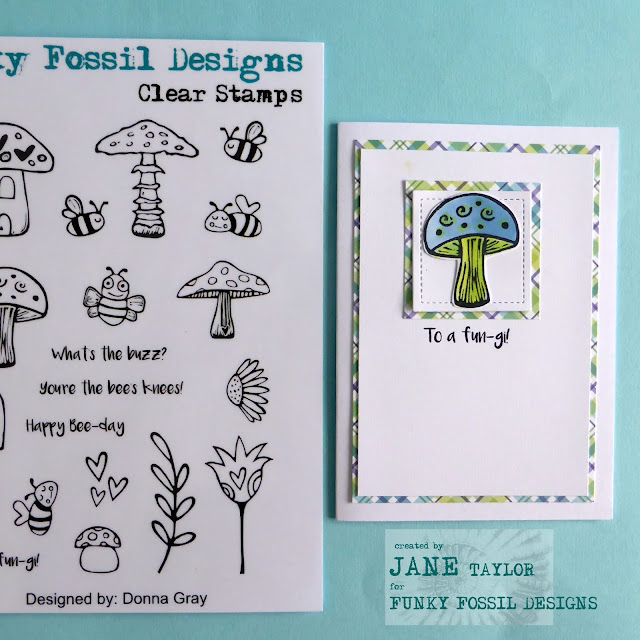 Don't you just love that sentiment - prefect for a guy!

My last card for today is a bit of a scene again but a more CAS version. I really like the idea of combining the house toadstool with its occupant and a country path. So this is what I came up with. 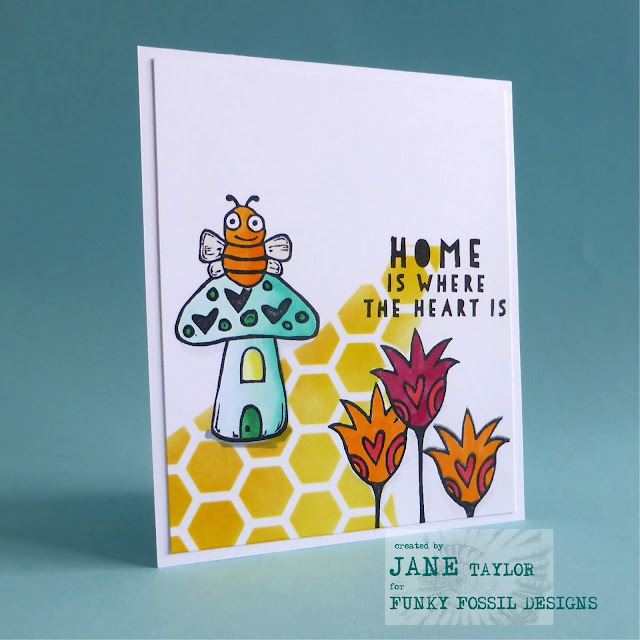 The toadstool and flowers were stamped first and then masked off. I then added another mask to make the winding path and used the Honeycomb Background stencil. 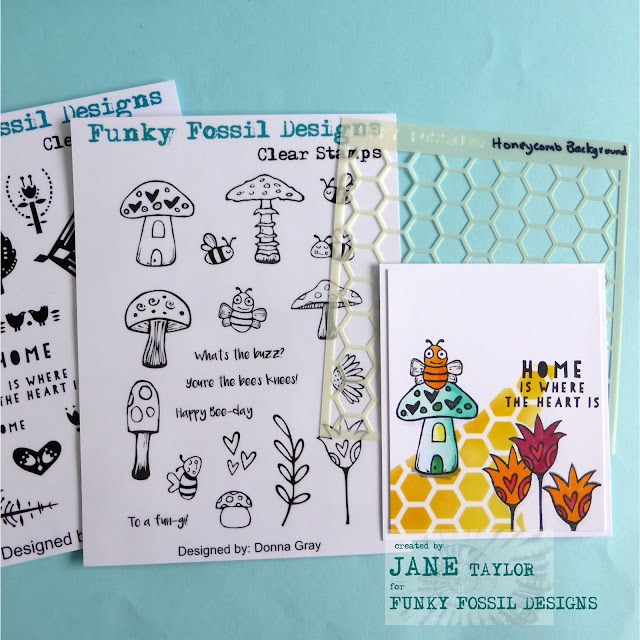 The sentiment for this card is from Scandi home which was in the last release.

So day 1 complete and four more days of peeks to go. Then on Sunday all five new stamp sets will be available to buy from the Funky Fossil store and Sarah will also be demonstrating some of them on Hochanda. Loads to look forward to!

Thanks so much for your time today, I really appreciate you visiting my blog.