The beginning of a new week and already a third through January.  Can't believe how the time is flying!

Today I want to share my title page for my 2014 scrapbook album. Last week there was an amazing sunset when I was travelling home from the supermarket, but wouldn't you know by the time I found somewhere to pull over it was almost gone. But I took a shot anyhow as the sky and clouds were pretty amazing too.  I know it's a bit backwards to be starting an album with a sunset photo, but there's absolutely no chance of me being up in time to catch a sunrise and the shot seemed to capture my feelings about accepting things as they are - my mantra for 2014.

I used the colours from The Memory Nest's Make It Monday January challenge as they seemed to echo the colours in the photo pretty well.  I also managed to get both the twist elements on the page - a stitched sun burst and a chevron inspirational quote.  At one stage I was going to leave it there, but after walking away for a while I came back and added flexmarker shadows to highlight the stitching, a little handwritten journalling about my hopes for 2014 and buttons to frame and draw the eye down the page. Now I'm satisfied with the overall look and ready to share. 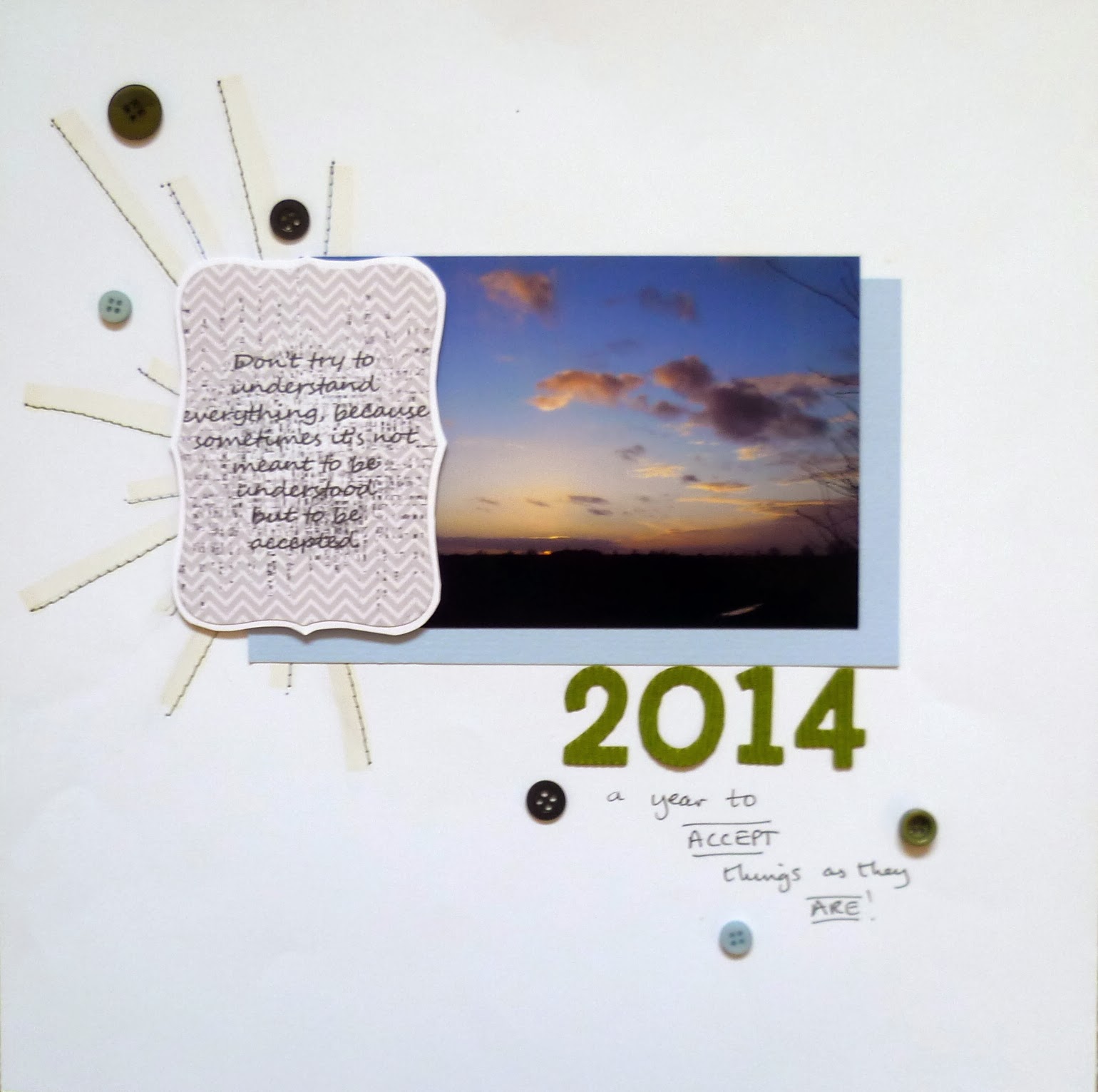 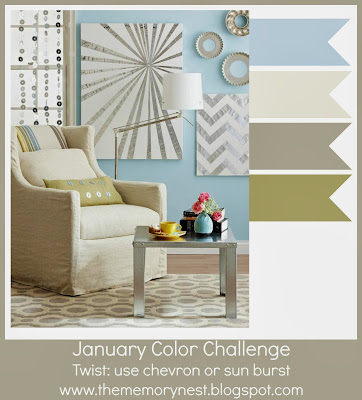 Thanks for dropping by today.

Email ThisBlogThis!Share to TwitterShare to FacebookShare to Pinterest
Labels: Scrapbooking